Club Captains for 2021! Click on the link to see our four captains for this year. 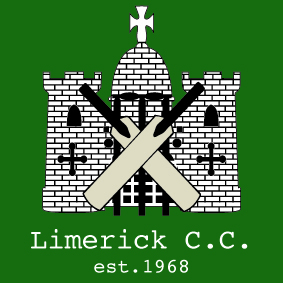 Published: over 1 year ago

LCC would like to wish our four captains the best of luck for the upcoming season.

Arslan lead the first team to historic Senior League title last year, the club's first in 15 years. After such a great year, Arslan will retain his position as the club captain and looks forward to what could be another successful year for Limerick CC at senior level.

After a successful year at Minor A level last year, Ajay brought silverware to LCC by winning the Minor A T20 Blast in Adare last year. In the subsequent league campaign, he lost just one match in what was a very successful run of form. His leadership skills did not go unnoticed and was considered and appointed for the role of Junior captain for the 2021 season.

Dharmesh is now embarking on his 5th year at LCC and has enjoyed some very successful moments through the years. A strong passion for the club has earned him a captaincy spot at Minor A level after Dharmesh cemented his place in the 3rd XI with some strong performances last year.

Similar to Dharmesh, 2021 will also be Prithiv's 5th year at LCC. Prithiv was the 4th team vice captain last year and stepped up at the start of the year to skip in place of his predecessor Gavin Devereux. Prithiv displayed some admirable qualities and a good knowledge of the game when taking on the challenge of skipping for the opening games on short notice. With full responsibility in the role, Prithiv maintains another successsful year at LCC is most definitely on the cards, as LCC will be looking win their 3rd divisions 3 title in just four years.