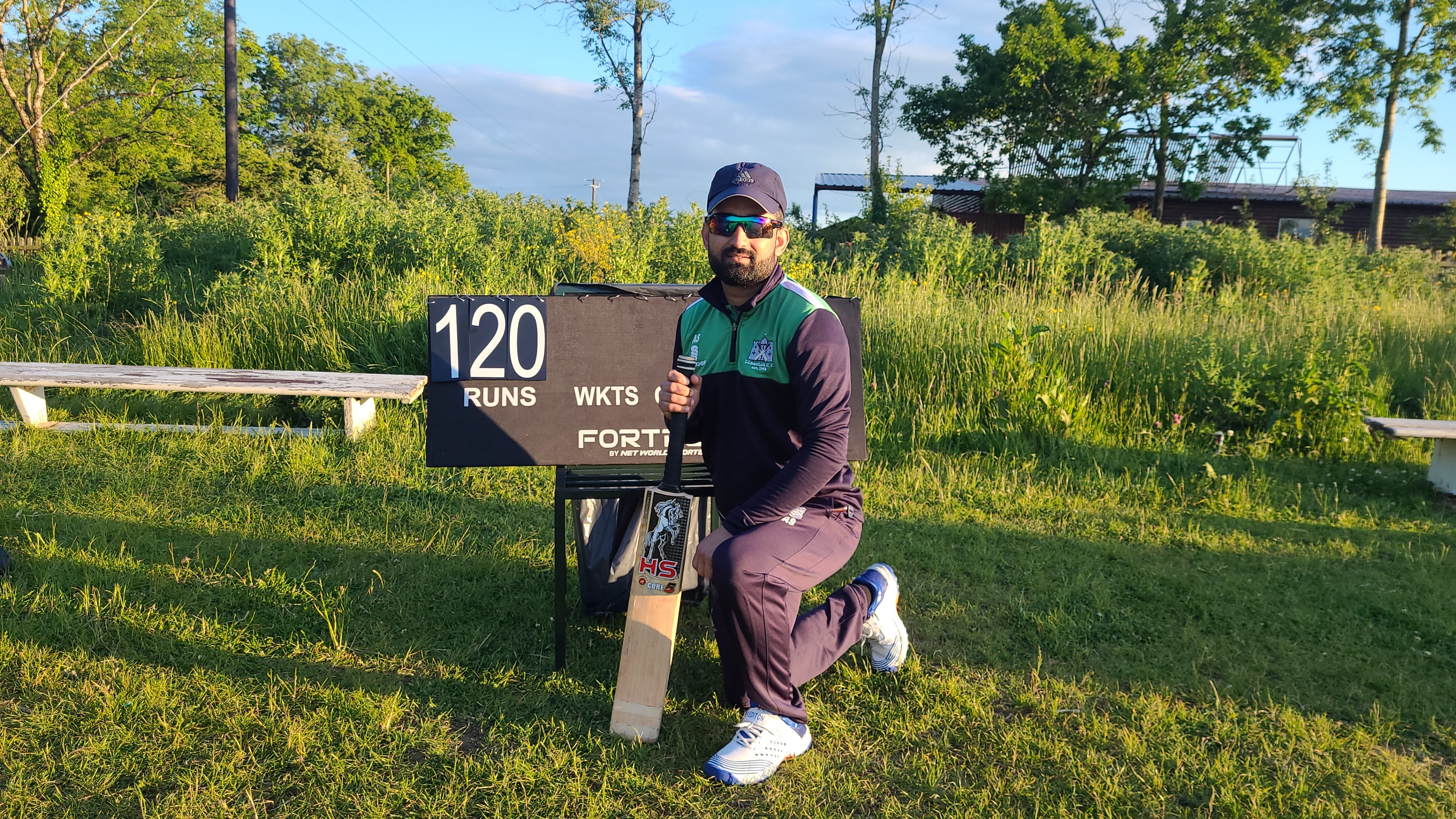 It was nothing short of a drubbing at the Croker's Oval last night as Limerick ran out comfortable victors by 165 runs against close rivals Limerick Blasters. The away side were in the driving seat from the off as openers Arslan Sayyam and Sarfraz Ramay made light work of the Blasters attack. Cruising to a 100-run partnership just after the 10th over, the two accelerated in the final 8 overs or so with boundaries flying everywhere around the ground. Sayyam's innings consisted of a whopping 6 4's and 10 6's as he would eventually end on 120 runs from just 66 deliveries, amounting to an incredible strike rate of 182. Limerick kept the scoreboard ticking over in the final few overs and ended the innings with a massive total of 188/6 from their 20 overs. Pictured below is Arslan raising the bat to mark his ton. 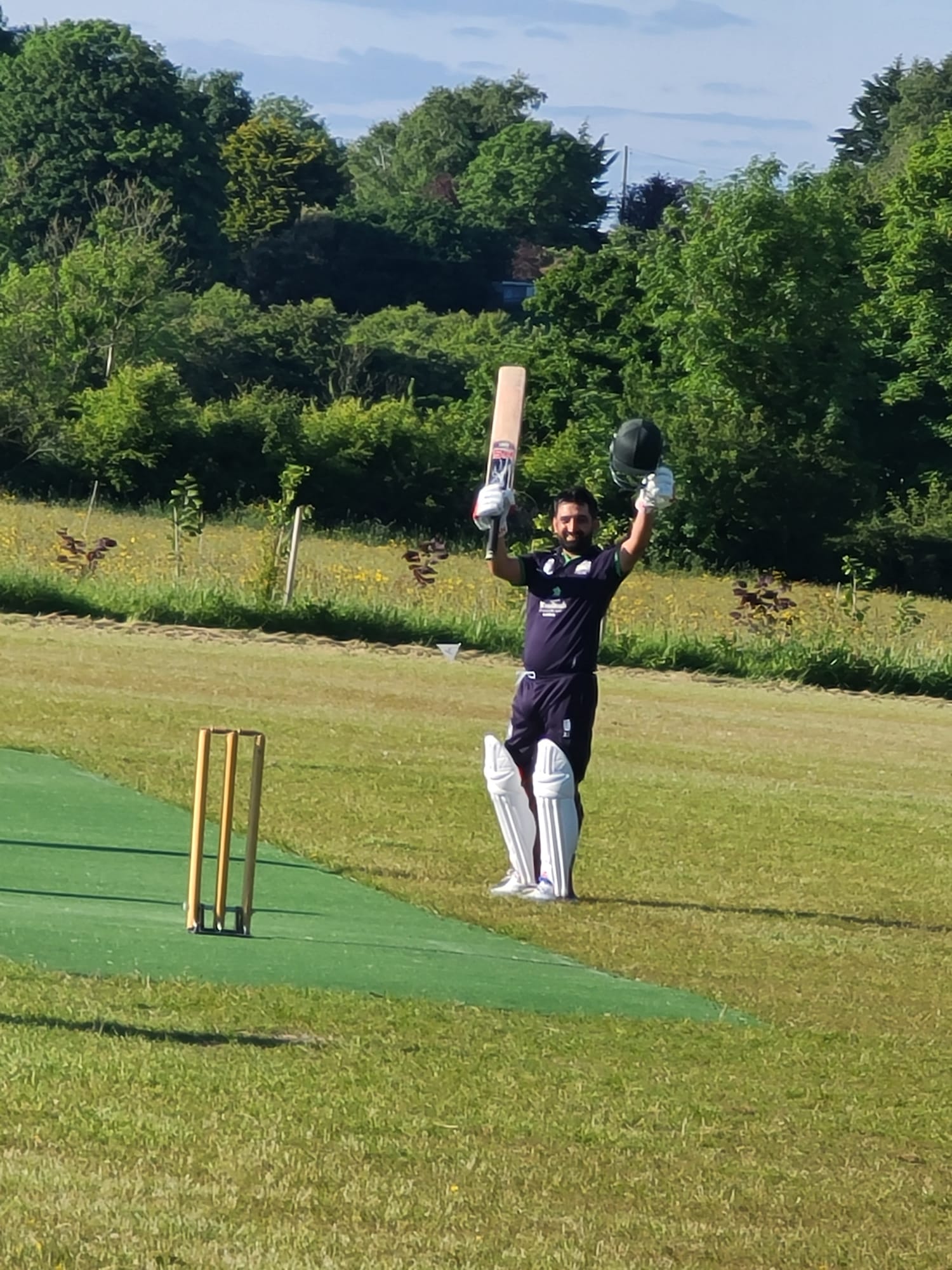 Arslan Sayyam celebrates his ton at the Croker's Oval.

Limerick were not finished however and were equally effective with the ball. With a possibility of qualification depending on bonus points, Limerick needed to be on their game to ensure not only victory, but a healthy win margin also. Ramoji Alla and John Daly were taking no prisoners with some delightful spells of bowling, taking three wickets each and leaving the Blasters at 19-6 at the turn of the eighth over. Incidentally, Ramoji didn't concede any runs off the bat from his spell and Blasters were struggling deeply.

Limerick finished their opponent's innings in ruthless style, Shaoib Zazai and Sathya Prabu coming into the attack and finishing off the Blasters' tail, taking two wickets each. It was a tremendous feat for the Shannonsiders who leave themselves in a great position to qualify for the Junior T20 finals day later this month. The club would like to finally take this opportunity to thank the Limerick Blasters for their welcoming hospitality and wish them all the best for the rest of the season.