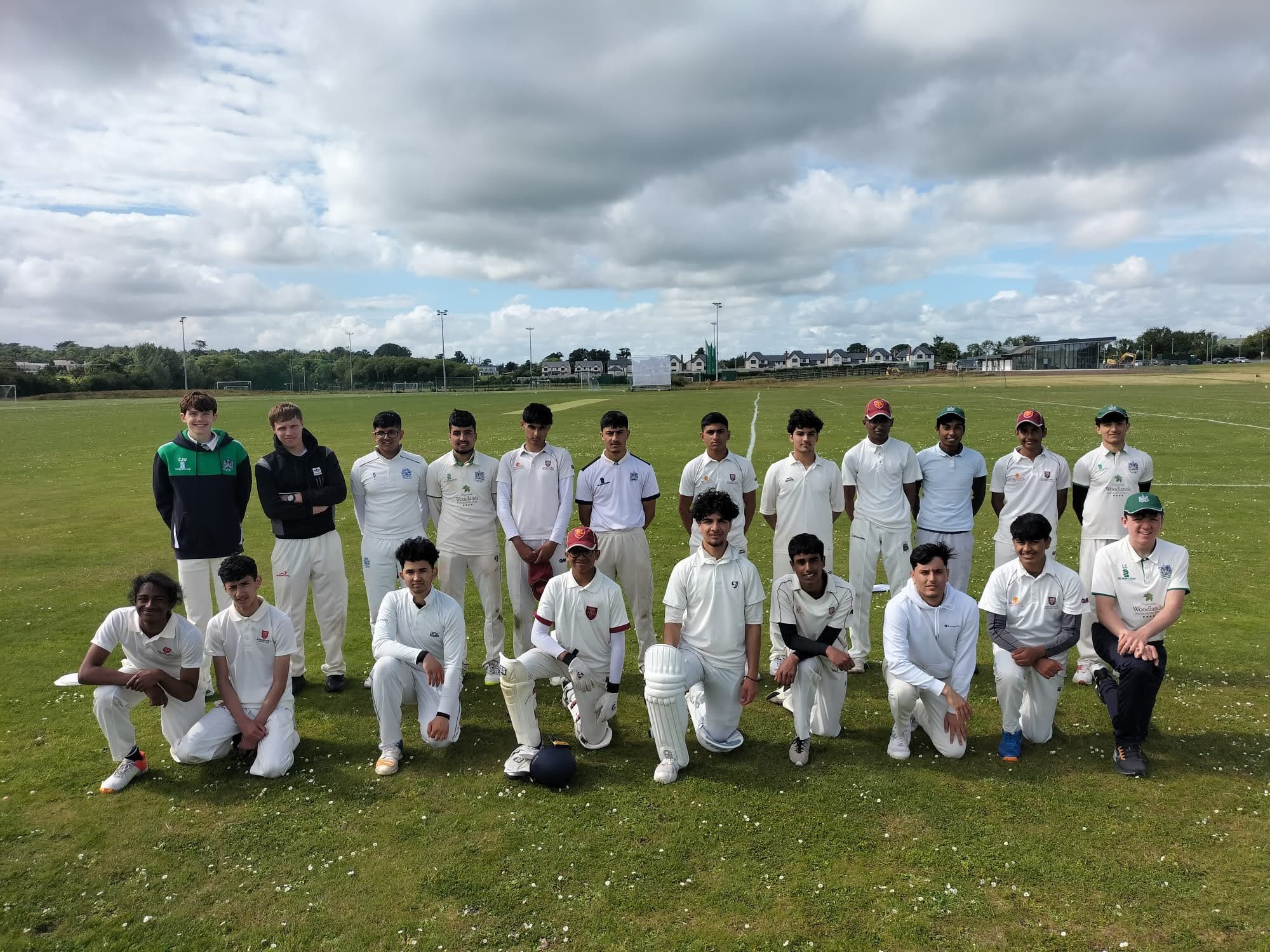 Limerick’s youth section has been filled with a plethora of games in recent weeks with all age groups now under way both with friendlies and competitive fixtures. This week, it was the u15 and u18 sides who were in action against Harlequins and Adamstown respectively. It was a great opportunity for the younger players to get some extra game time under their belts with many of the u18 squad competing at senior level for the club since the start of the season also. Furthermore, some players played in both matches which had both its challenges as well as its opportunities for some individual talent to be showcased. 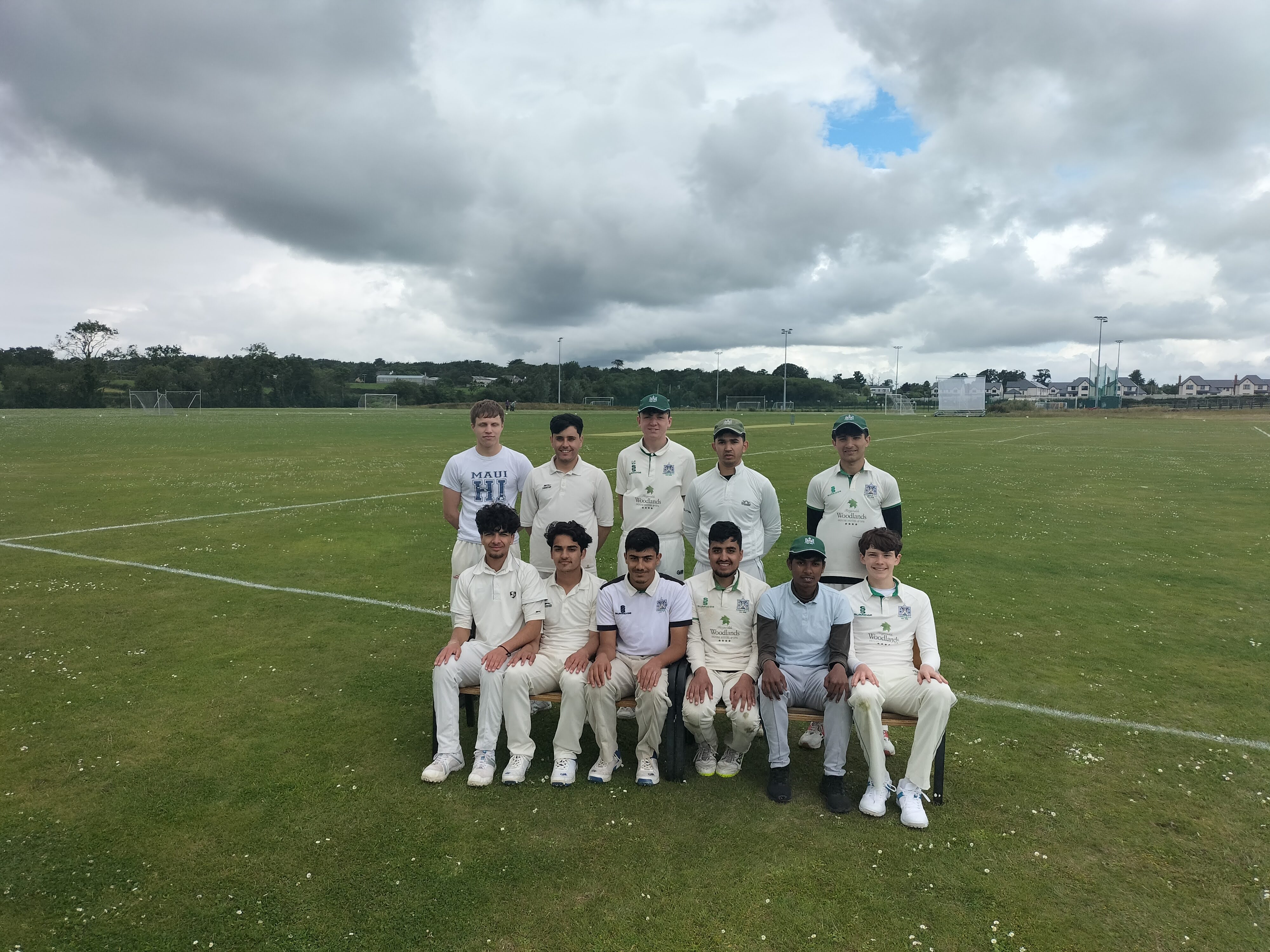 Through skipper Mirhamza Ahmedzai, Limerick crafted a careful game plan to take control of the game from the early stages. After winning the toss, Ahmedzai elected to bowl with the vision of limiting the away side to under the 100-run mark. 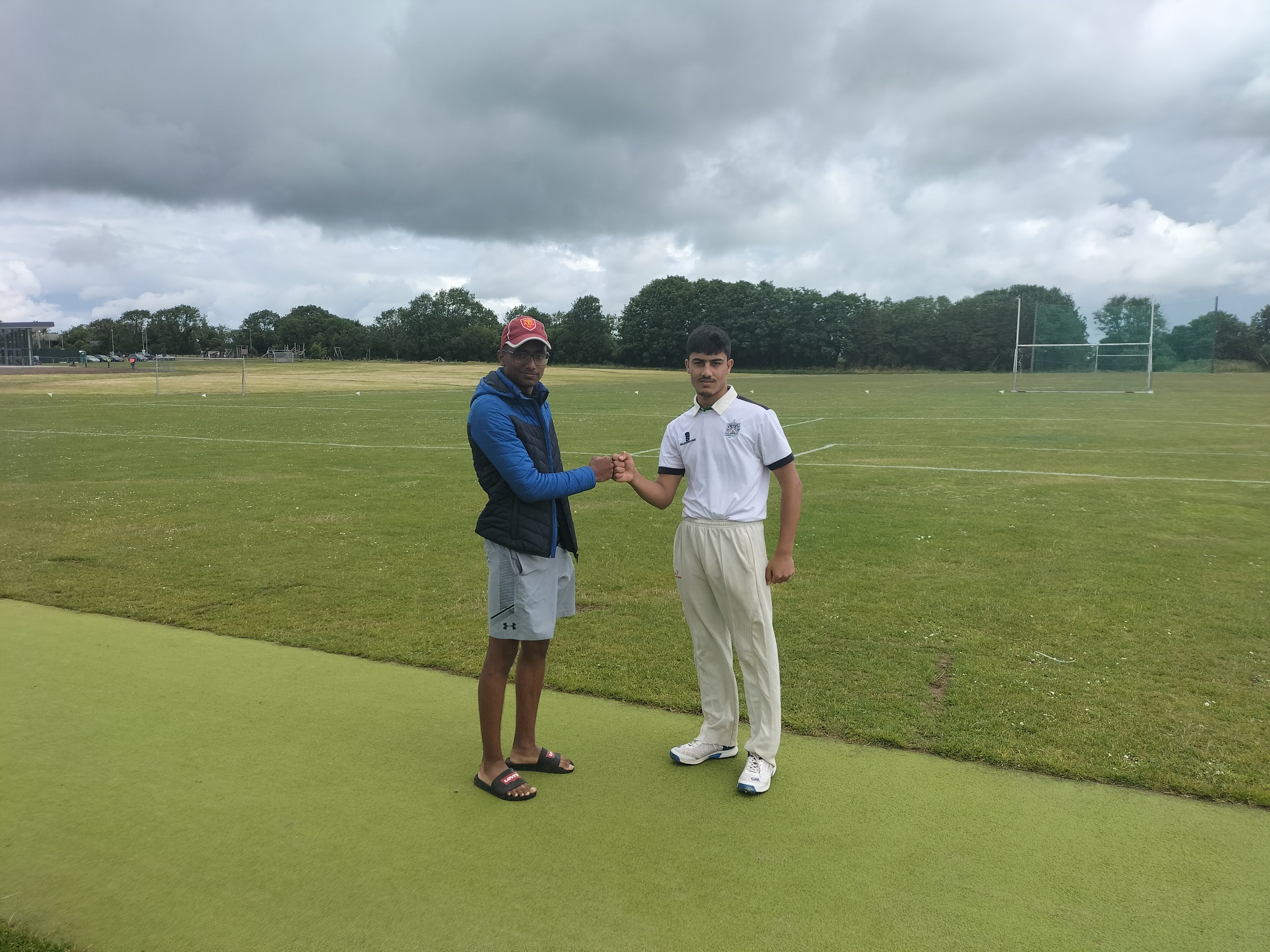 Both skippers touch fists after the toss

The plan looked set to be executed as Limerick put Adamstown under serious pressure during the opening exchanges. A sharp bit of fielding early on from Mohammed Amin at third man resulted in a wicket as his direct hit clipped a bale on the full to leave the opposition batsmen short of his ground. Limerick were ruthless as they followed this wicket up shortly with three wickets in nine deliveries. First, it was the skipper leading by example, as his fourth over saw two sharp dismissals to leave the away side in a deep hole. Counterpart Moshtaq Safi joined in on the fun with the fifth ball of his over finding a top edge which sailed into the safe hands of Mushfiqur Ramahan at cover. Adamstown were struggling deeply at 27-4 but fought back to get over the 50-run mark with a stable fifth wicket partnership which steadied the ship before drinks.

After some stern words at the interval, Limerick entered back on to the field with a renaissance in their attitude. They found their way back into it through medium-pacer Cormac Welch, incidentally one of the four youngsters making the step up in age groups, who picked up two in two resulting in Adamstown going six down. The youngster was unlucky not to take the hat-trick with his third consecutive delivery nipping back and beating the bat by a whisker. Nonetheless, Limerick showed no mercy and wrapped up the Adamstown innings at 93 all out with the home side’s other bowlers contributing in the latter stages with some good economical bowling.

With just 94 to chase, Limerick got slightly carried away in the opening ten overs with some aggressive shots not materialising into boundaries. Despite losing both openers early on, Zaheer Udin came in at 3 and really steadied the ship for the home side, playing a patient and mature knock, proving his status in the top order. A solid partnership between himself and Moshtaq Safi of 53 saw Limerick home with six wickets to spare. It was a comfortable victory in the end with Udin getting the chance to make his half-century and raise his bat before the target was chased.

We defeated Adamstown Cricket Club by 6 wickets at the Manor Fields today.

Limerick’s other midweek match saw the U15s take on Cork Harlequins at the Manor Fields on Thursday. After some mixed results this year, skipper Zaki Khalid was looking to put together a string of positive results having beat Cork County in the U15 T20 Cup over the weekend. Having won the toss, he elected to bowl first as conditions cleared for an exciting contest in Adare. 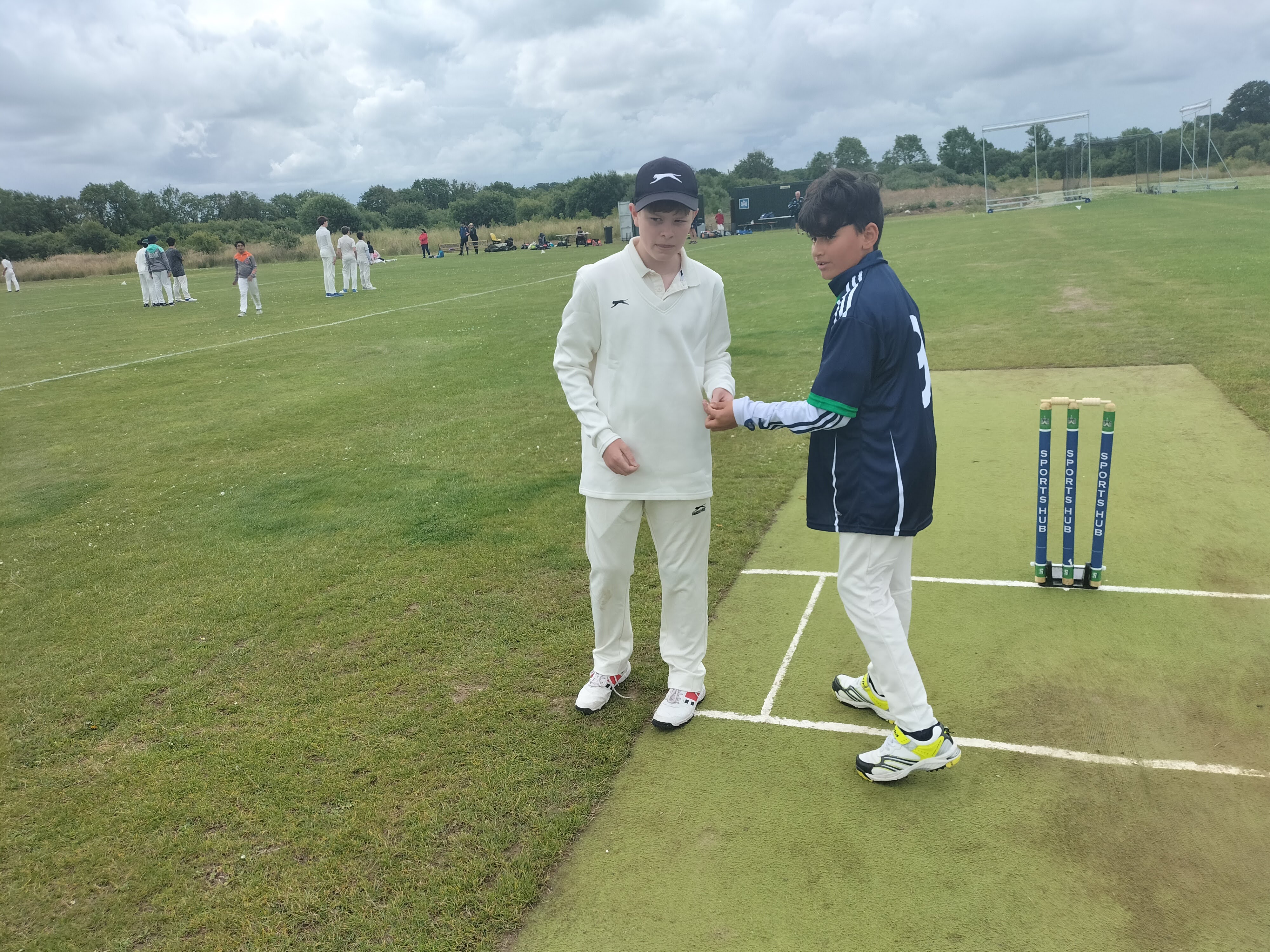 The Quins top order put in a solid batting display as Limerick found it hard to find a break through. Although getting an early run out through Luke Calitz, Quins found boundaries as the Limerick bowlers were unlucky to beat the bat a number of times. However, it was a much improved fielding performance with noteworthy performance from Irfan Solazai behind the stumps. Charlie Wharton came on at the end of the innings with a good spell, finishing top of the Limerick bowlers with figures of 2-12 from his two overs.

With the bat, LCC gave themselves a fighting chance which was amply supported by a stern knock from opener Luke Calitz, who fell just seven runs short of a 50 but still did his job in seeing off the new ball from the opposition attack. He had a few partnerships, most notably that with number three Raihan Shah (19) to allow the tail an opportunity to put on some runs. Skipper Zaki Khalid made 19 before being bowled by the dangerous Kanishk as Limerick needed over ten an over with not enough wickets in hand. Limerick eventually came up 38 runs short but the team will be happy with their performance against a team who featured several Munster u17 players. The general improvement in all aspects of play will give the home side confidence as they head into the business end of their season in the coming weeks.

We lost to Cork Harlequins by 38 runs at the Manor Fields yesterday.