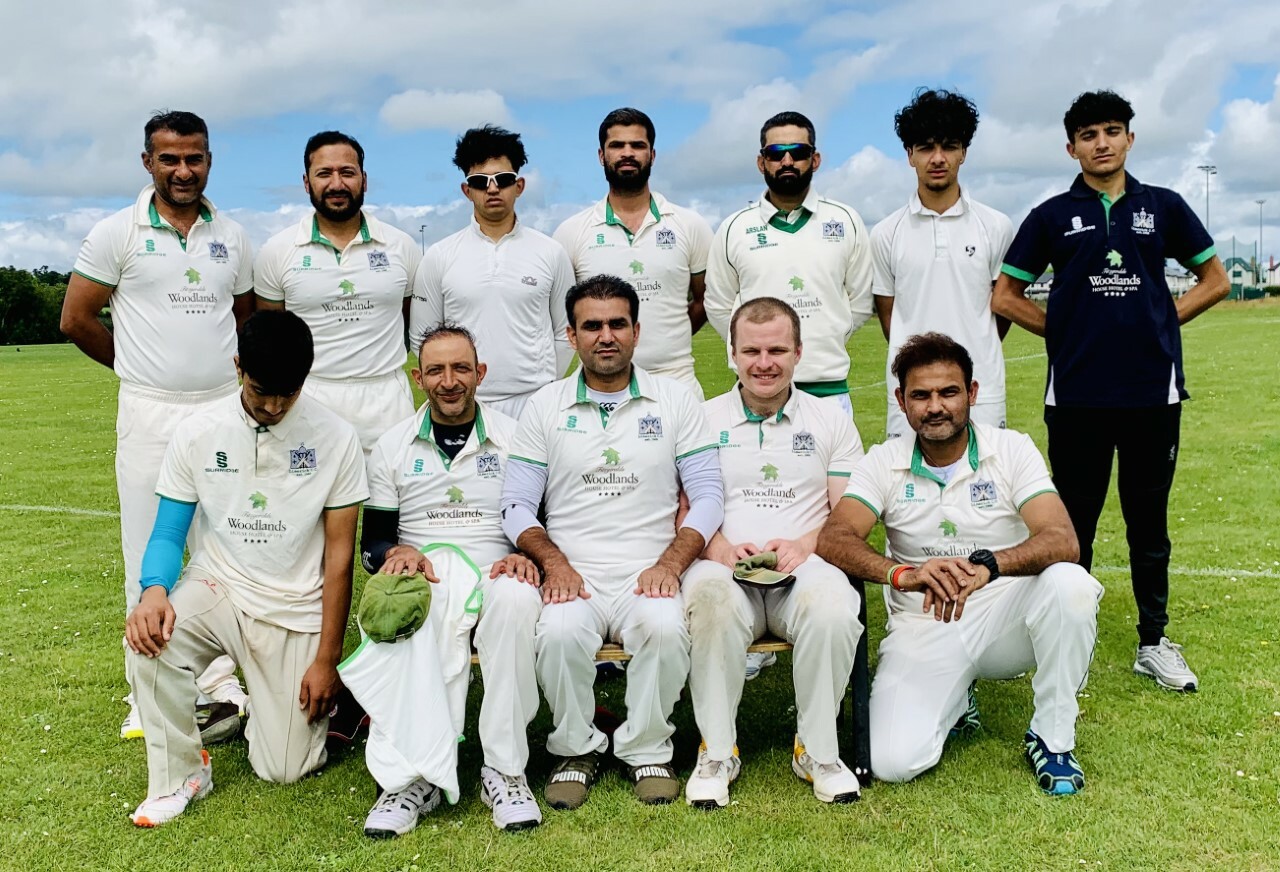 Limerick came up short of their target at the Manor Fields in Adare on Sunday as they slumped to a 69-run defeat to rivals Cork County in the MCU Premier League. After a difficult few weeks which saw Limerick getting knocked out of the Senior Cup by Galway, the home side were looking to bounce back in the league setting. After a decent performance with the ball which limited Cork County to just 218 with the bat, Limerick failed to even break 150 in reply, ultimately leaving themselves 70 runs short of victory.

After winning the toss, returning skipper Arslan Anwar put County into bat, opting for a run chase rather than a defence of a first innings target. Limerick once again hit the ground running with a bright start to the opposition innings- youngster Mirhamza Ahmedzai, who seems to be making a real name for himself in the senior ranks, was again the perpetrator as he dismissed both openers before the fifth over, leaving County on 22-2. Shani Alam came on in his usual position of first change and clinched the wicket of Robert Duggan whose shot found Mosawar Sidiqi and left County at 58-3.

Momentum tilted in the away’s side favour with a significant fourth wicket stand of 101 runs as the confidence drained from the home side. Nonetheless, the dismissal of O’Sullivan on the brink of the 40th over with the score at 159-4 left the game hanging in the balance as the away side kept wickets in hand but were on a relatively low score. Despite chipping away with multiple wickets down the straight, it would be the away side who would be happier with the final ten overs, going at a rate of around six runs an over to finish on 218 all out. Limerick would be disappointed in the runs conceded in the final stages, a common occurrence which has been costly in previous games this year. 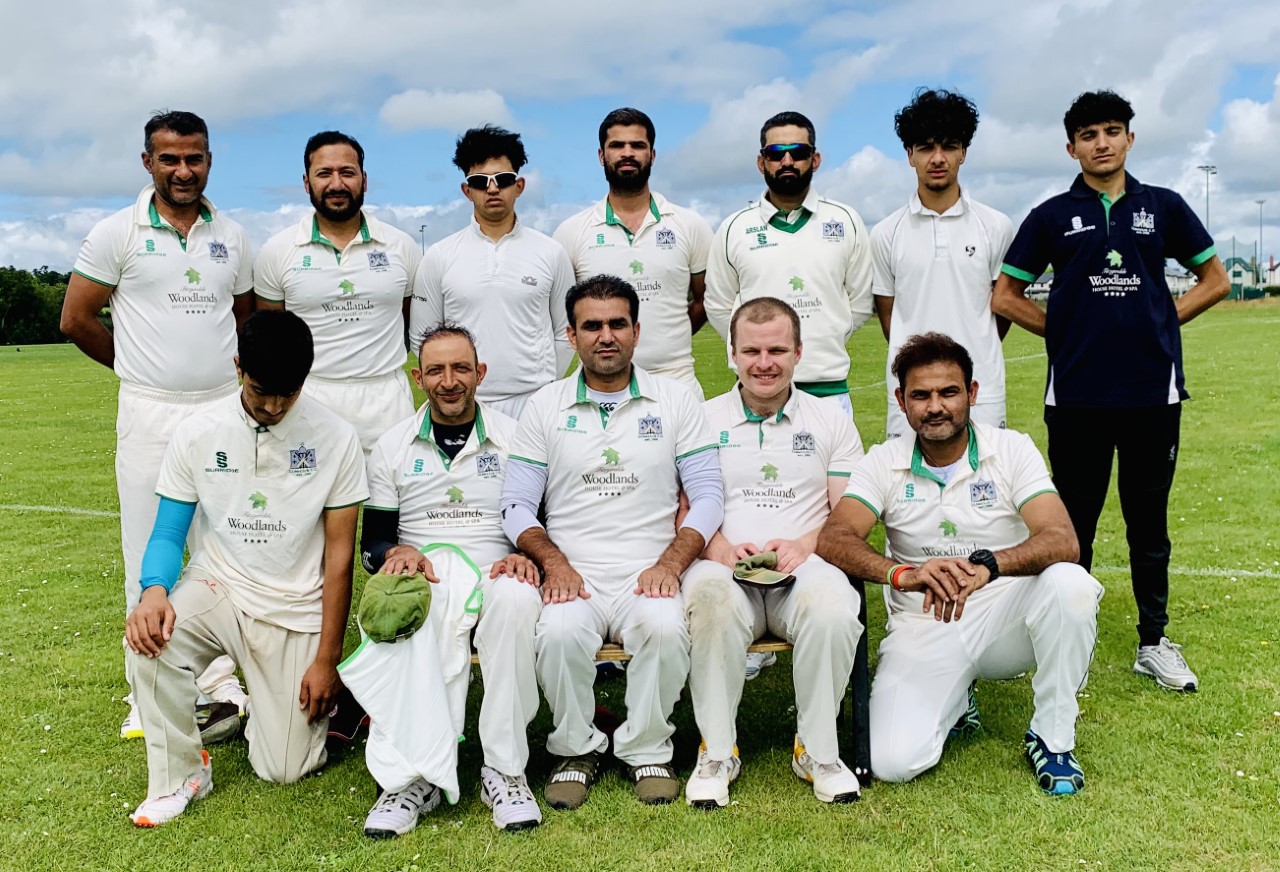 Opener Arslan Sayyam continued his run of form with the bat as he proved a thorn in the County attack from the offset. A composed knock of 32 from 55 deliveries had the means of a decent foundation for the home side to build off. His stand of 53 with number three Tim Smithies left Limerick on 63-2 after 18 in a relatively decent position. After the dismissal of Sayyam, Anwar joined Smithies at the crease and the two starts to take control of the middle. However, the away side bit back with venom, picking up both Anwar and Smithies in the space of just six deliveries and Limerick were lumbering on 90-4 after 28. From that point on, it all became a bit of a procession with no real partnerships accruing and the scoreboard slowing down. Mustering just 59 runs from the final six wickets, Limerick would eventually finish their innings on 149 all out, falling well short of their target. It will be back to the drawing board for Anwar and co. who have two weeks to repair the damages before their next game.

We lost to Cork County by 69 runs yesterday.

Elsewhere, it was better fortunes for Limerick’s 4th XI who defeated County Clare by six wickets on Saturday to move themselves back up the Div 3 table. Skipper Ashok Kumar rung the changes in a team which featured three u16 players in the starting XI. One might say a deliberate tactic deployed by the skipper as it was youngster Cormac Welsh, competing in just his second season of senior cricket, who destructed the opposition batting order picking up 3-22 from his spell. He was backed up from the other end by counterpart Pratik Sakpal, who also picked up three as the away side were running out of options. The skipper himself chipped in with two wickets which was complemented with a run out from the fielding of Thomas Hancock and a final wicket from youngster Alan McCutcheon. Despite a small flurry of runs towards the latter end of the innings, Clare would finish well short of a par score, giving Limerick 128 to chase.

As rain started to fall in Adare, Limerick were conscious of keeping ahead of the run rate and looking to clinch victory before a potential abandonment of the game. Nishanth Kumar continued his form with the bat as he saw off the new ball in the early exchanges. As the ball got older, Nishant went through the gears and the boundaries started flowing. A short cameo of 18 from 20 balls from Hancock at 3 kept the momentum before the experienced Navroop Johnson came in at 4 and made a timely 37 runs, stabilising the innings and diminishing any chance of a collapse for the home side. Despite losing Nishanth late on, the middle order finished the innings off as Limerick ran out winners by six wickets and claiming a comfortable home victory.

The 4ths will be looking to build upon this victory next weekend as they travel to Quins at Farmer’s Cross this Saturday. The 2nd XI are the only other LCC outfit in action as they host Cork County in Div 1 on Saturday afternoon at the Manor Fields.

We defeated County Clare by 6 wickets on Saturday.