Limerick avenge Senior Cup knockout with away win against Galway 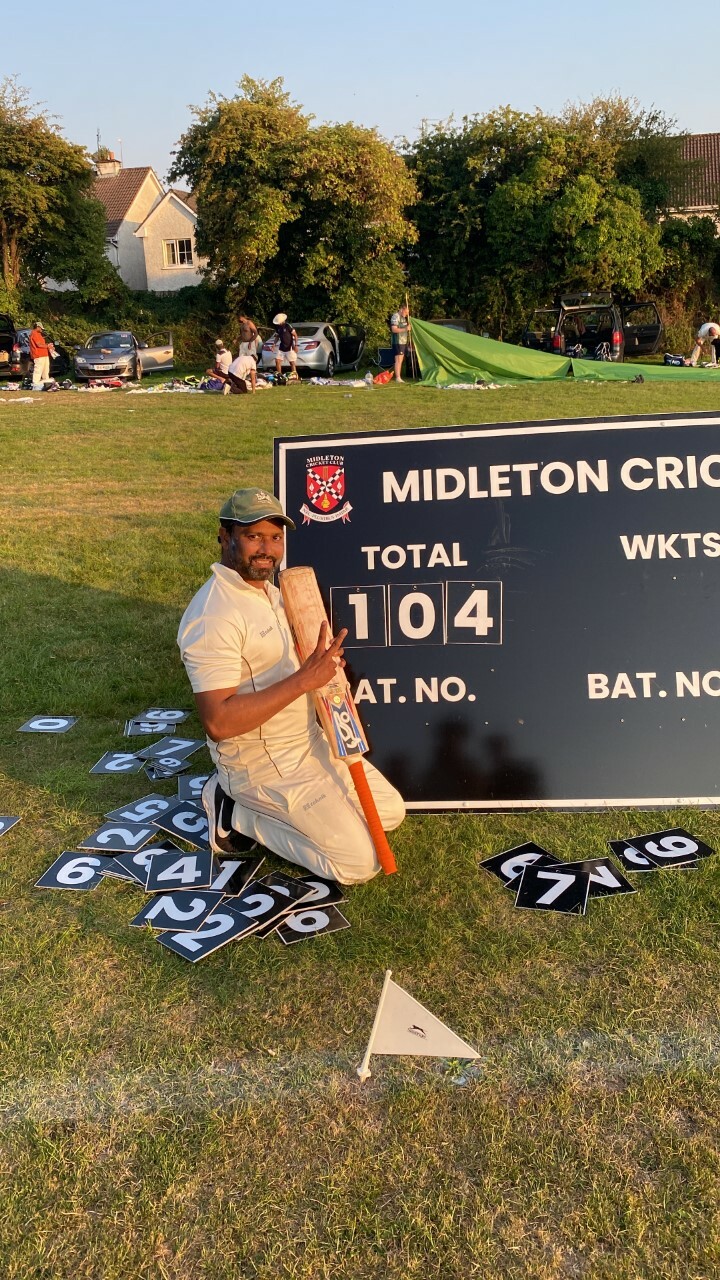 It was a much-needed victory for Limerick in the Premier League on Sunday as they returned to winning ways against Galway in Lycidan. After some miserable weeks of winless encounters for the Shannonsiders, Limerick were hungry to come away with full points and end a losing streak dating back over a month when the side’s first victory came at the hands of UCC in a T20 clash. After a thumping 300 run total, Galway had it all to do in their run chase which was ultimately cut short due to persistent rainfall. The home side found themselves 56 runs short of their revised target resulting in a comfortable victory for Limerick. 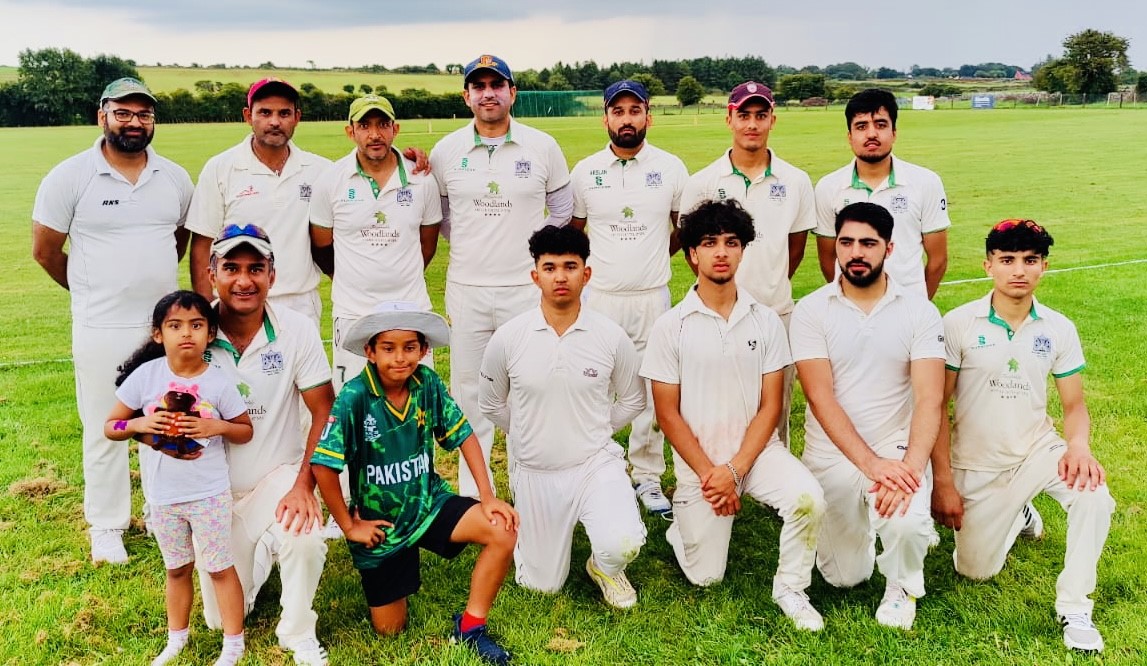 Due to an uncontested toss, Limerick took matters into their own hands and elected to bat. Putting the home side into field proved the right decision in the early stages as Galway were deprived an early breakthrough and began to wilt. The eventual wicket of Arslan Sayyam for a gritty 33 after 13 overs didn’t provide any catalyst as Sarfraz Ramay and Asif Hussein culminated another 50-run partnership for the second wicket. Even with the dismissal of Hussein for 36, Limerick found themselves in a strong position with 141-2 on the board and over 20 overs still remaining. A key feature to Limerick’s title-winning season two years ago was the ability to keep wickets in hand to exploit the final stages of their innings, and skipper Arslan Anwar has ample opportunity to execute this plan as he entered the crease. The former Pakistani underage batsman accelerated his side’s total with strong support from fellow batsmen Mosawar Sidiqi and Shani Alam. Limerick went at 8 an over to finish on a monumental total of 300-8 after their 50 overs, pushing the ball around the field and exploiting the away side to the hot conditions.

Limerick did not offer any rest bite to the home side as they quickly piled on the pressure in the early exchanges. Ahmedzai was on target again as his delivery found the hands of Sarfraz Ramay who took a safe catch as the breakthrough was found at 15-1. Anwar brought himself into the attack and picked up the wicket of danger man Shariq at 60-2. At the fall of this wicket, Limerick gathered some real momentum and began to destruct the batting line-up. Despite a 70-run partnership for the sixth wicket, Limerick were well on top, ensuring Galway’s run rate only simmered around 5/6 run per over mark whilst still picking up wickets frequently. Asif Hussein had a blistering start on his entry into the attack as his first over ended up a double-wicket maiden as the home side had no answers to the attack they faced. A revised target of 251 from 41 deemed to be too much for Galway who finished their innings on 195-7, 56 runs short of victory.

It wasn’t to be the same fortunes for Limerick’s 2nd XI who were unsuccessful in their run chase away to Midleton on Saturday evening. Dharmesh Patel’s side came up 80 runs short after Midleton posted a monumental total of 337-8 from their 45 overs. Limerick would feel they were their own worst enemies on reflection of the game after conceding over 50 extras and 45 boundaries in the searing heat. In response, Limerick struggled to settle into their innings as wickets began to tumble early. The bright spark for the Shannonsiders was opener Yogesh Borghare, who battled on despite the enormous task in front of him. He went on to make his maiden century for Limerick, scoring 100 off just 84 deliveries (16x4, 1x6) before his eventual dismissal on 104. It was a fantastic display from the Indian who relived some of his fantastic form from last year. There was a late flurry from captain Dharmesh Patel and the remaining tail who managed to bring the game into the last ten overs with Limerick needing round about 100 runs to win. It was too little, too late for the away side as Patel departed for 50 and the away side were all out for 257 after 37.5 overs. 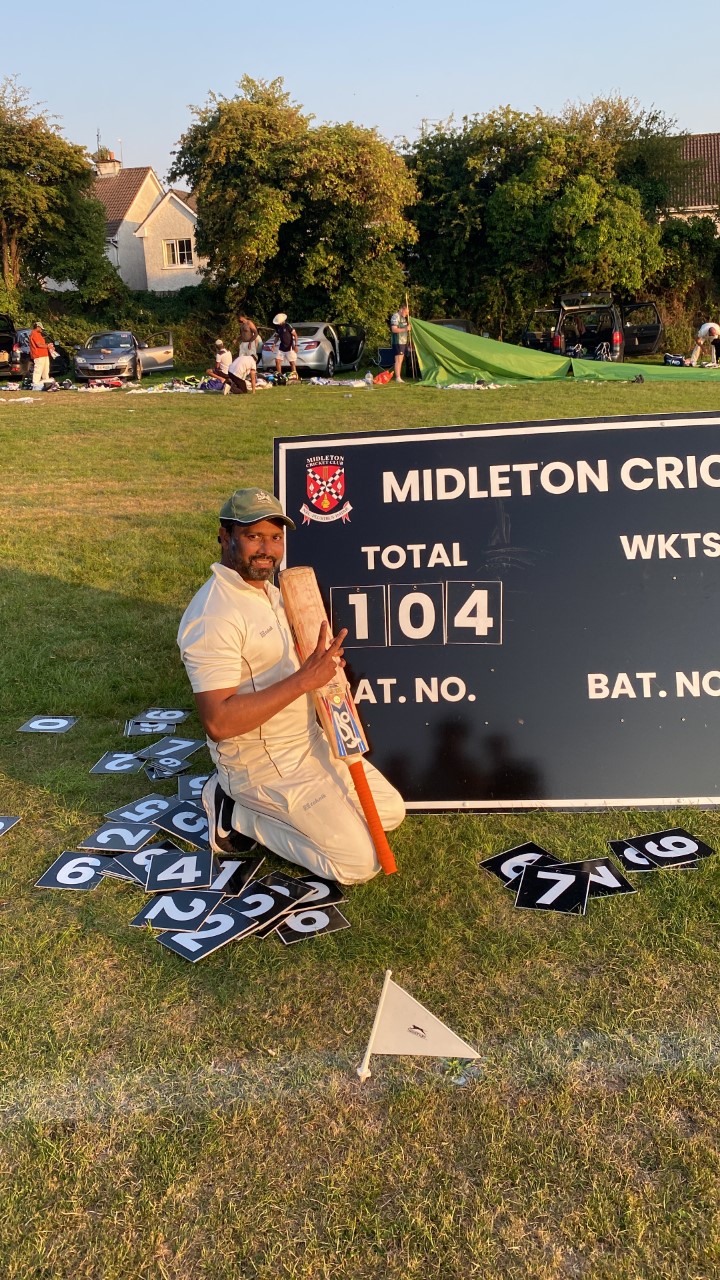 Yogesh Borghare celebrates his century vs Midleton on Saturday

We lost to Midleton by 80 runs today.

Elsewhere, Limerick’s 3rd XI beat Clonmel at the Manor Fields on Sunday by five wickets, recording a successful run chase in just 25.4 overs, leaving almost 15 overs to spare. It was the young Afghani Moshtaq Safi who was the star of the show with the ball as he proved a constant thorn in the Clonmel side. His figures of 4-55 made him the pick of the bowers as Clonmel could only muster 148. A solid 75-run partnership between Saurabh Teke and Thomas Hancock saw Limerick home in style with the two upping the ante after seeing off the dangers of the new ball.

We defeated Clonmel by 5 wickets yesterday.

Limerick’s 4th XI endured a hard battle against Cork County on Saturday as hot conditions dictated the play in their Division 3 clash. Limerick posted 161 from their 40 overs but weren’t able to really motor on at any point as their innings hung in the balance for large parts. Limerick did well to ignore their batting performance and refocus their energy on their bowling strategies. An unlikely comeback slowly started to become a reality when Limerick’s youngest player at just 12 years old, Eshan Tanveer, picked up two quick wickets to bring his side back into the game. Tanveer would finish with figures of 2-19 as County struggled to see the game off. The away side eventually got home after a nervy ending with just two wickets remaining, but plenty of positives to take away for Limerick whose starting XI contained six U18 players. 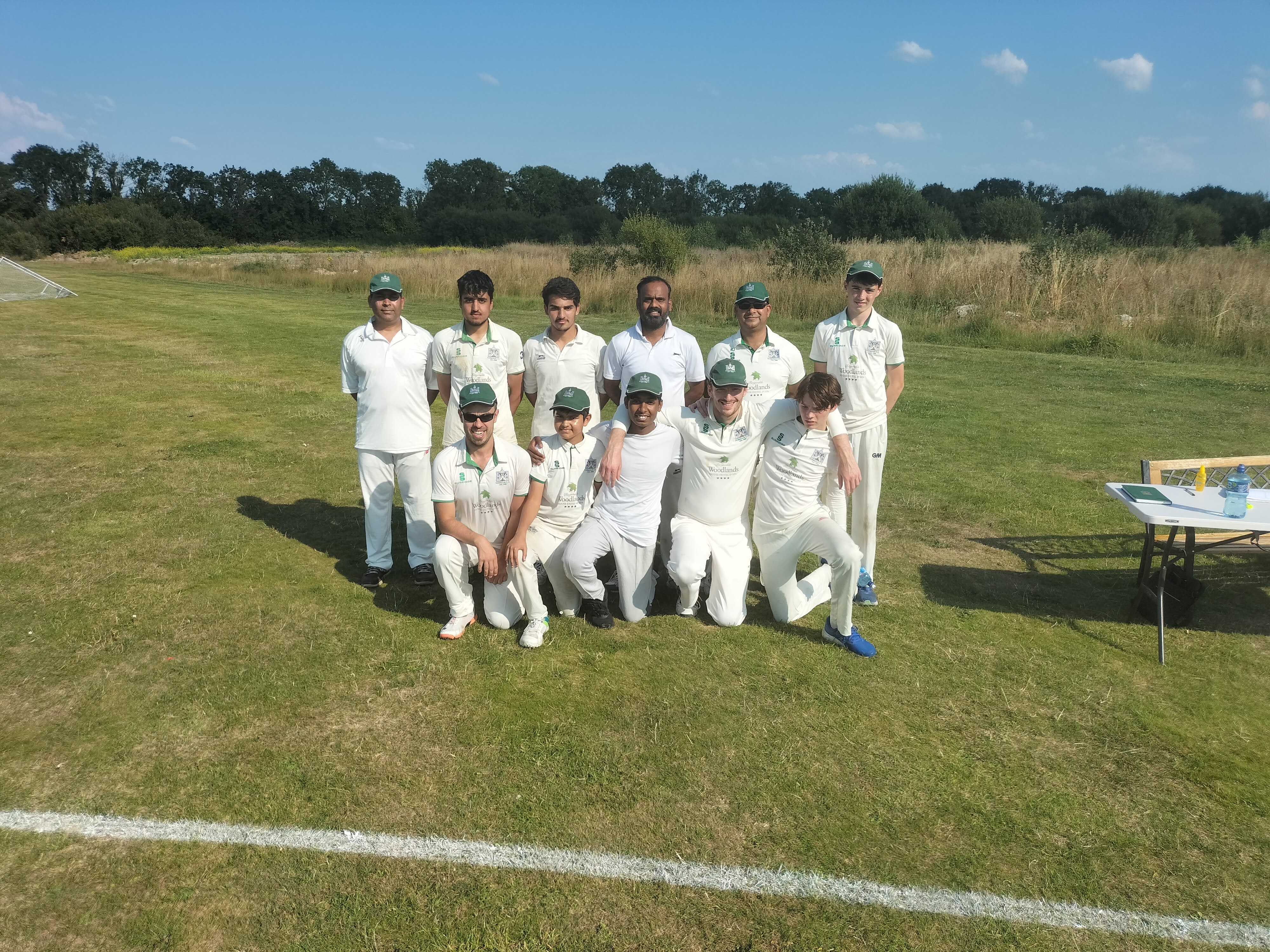 Incidentally, it was Eshan’s second game of the day as he also played in the U13 T20 clash between Limerick and Cork County at the Manor Fields earlier that day! Limerick came out on top to get the club’s weekend off to a great start, as they fought off a valiant effort to win the game by just four runs in the last over, picking up two crucial run outs to finish the game in style. It was the cool head of Faizan Chaudhary who carried Limerick home as he held his nerve to bowl a steady final over to clinch victory for his team. Despite being the hero, Faizan comically came away with some minor injuries as a result of some of the celebrations which ensued! 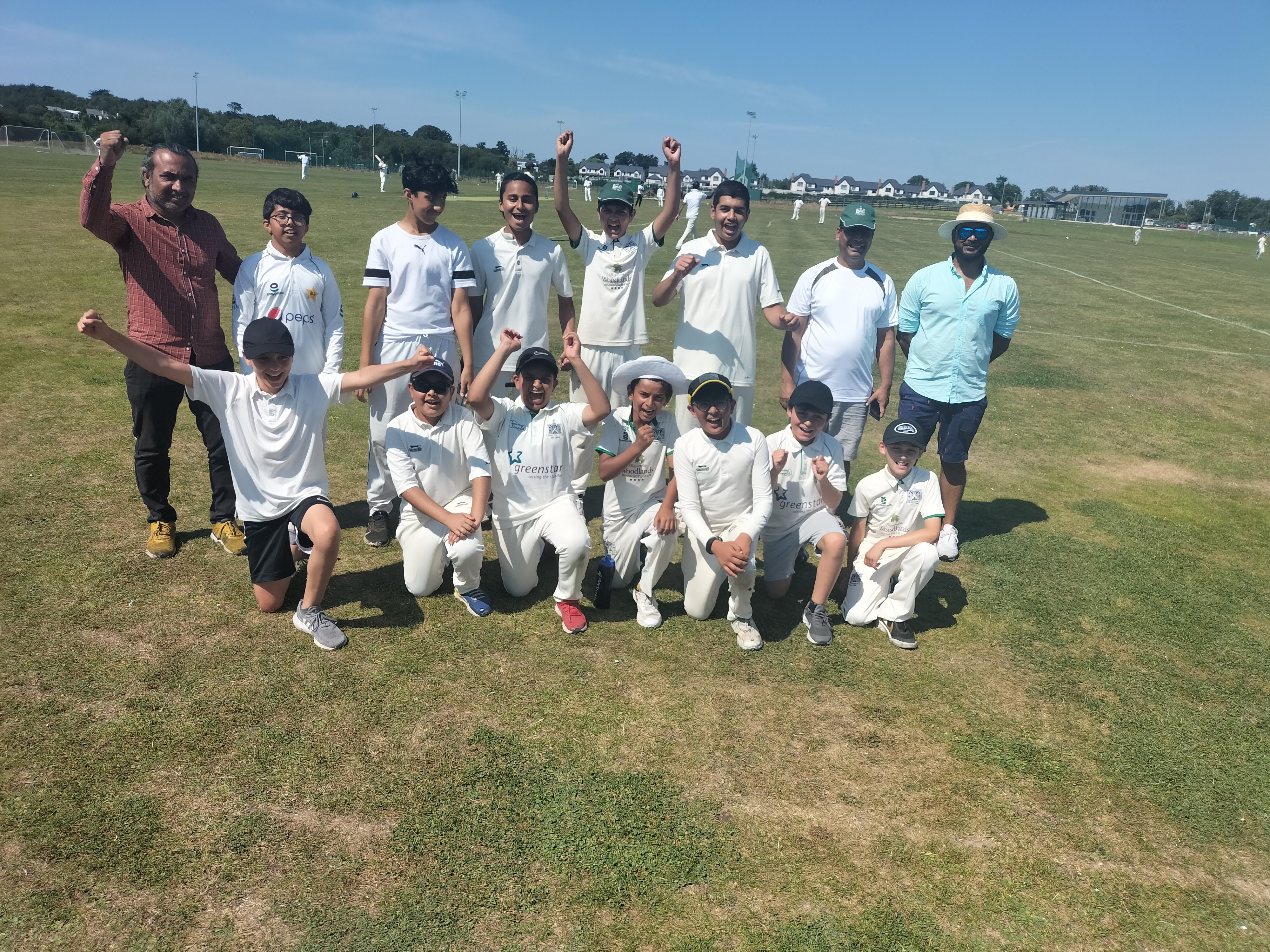 Three of the club’s four teams will be in action next weekend as the business end of the season looms. Whilst the 1st XI will have a bye in their league, the 2nd XI will be looking for revenge on Nenagh CC after being trumped by four wickets the last time both sides met. The 3rd XI will travel to Midleton on Sunday with the 4ths in action at home against Waterford on Saturday, all three games starting at 12pm.