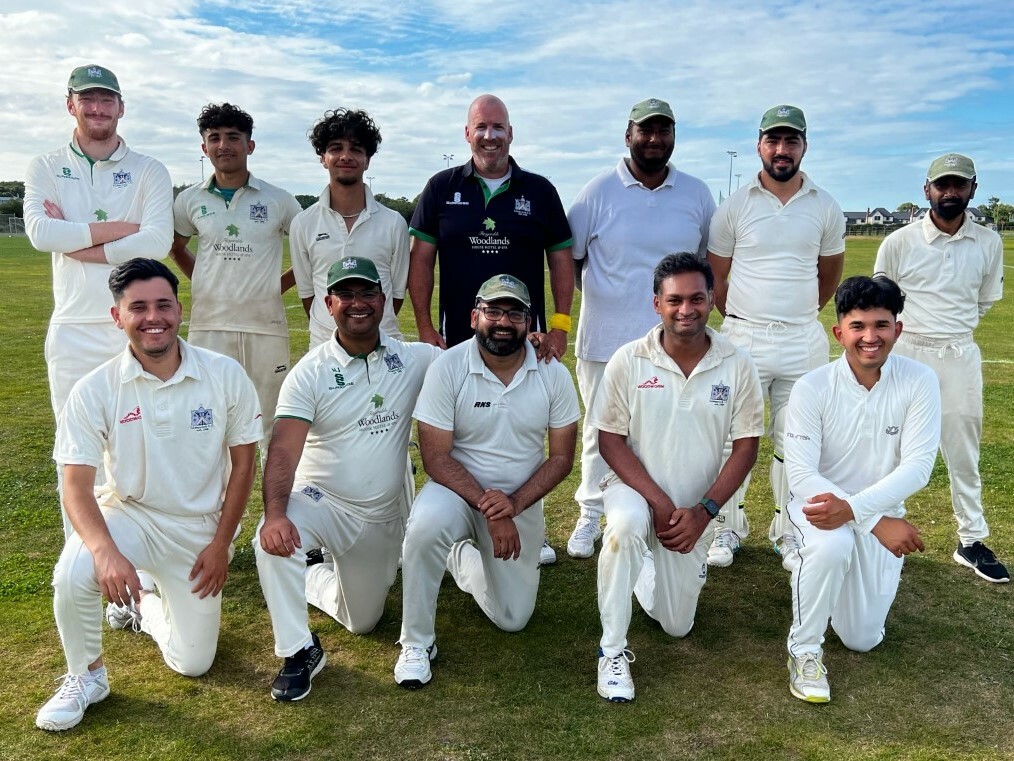 With the MCU Division Two effectively coming down to a two horse race between Limerick and Limerick Blasters, Limerick’s 3rd XI entertained Midleton in a an important showdown at the Manor Fields in Adare yesterday. A win for Prithiv Mohan’s side would put them in a very advantageous position going into their final run of games. Meanwhile, the Blasters had a tough tie against the unpredictable County Kerry 3rds in Ballyneety also.

Against the obvious choice, Mohan won the toss and elected to bowl in scorching conditions in Adare, a dry, hard outfield under a bare surface ensuring a fast outfield for both sides to take advantage of. Seamer James Spencer got the better of his man early on but Midleton rebuilt and made a 68-run partnership to stem any momentum from the home side. Another stealthy partnership for the fourth wicket left Midleton on 137-4 with a long tail still to come. A crucial segment of the game would follow as Limerick’s fielding let them down on a couple of occasions to allow Midleton off the hook. The away side were in full flow in the final passages, scoring 71 runs in 10 overs to go from 137-4 to 208-9. Further damage ensued as the away side’s tail wagged as they clawed their way to 235 all out, despite leaving over 7 overs of their innings out there. Sumukh Venkatesh did well to limit the damage as he picked up four wickets to seal the innings. 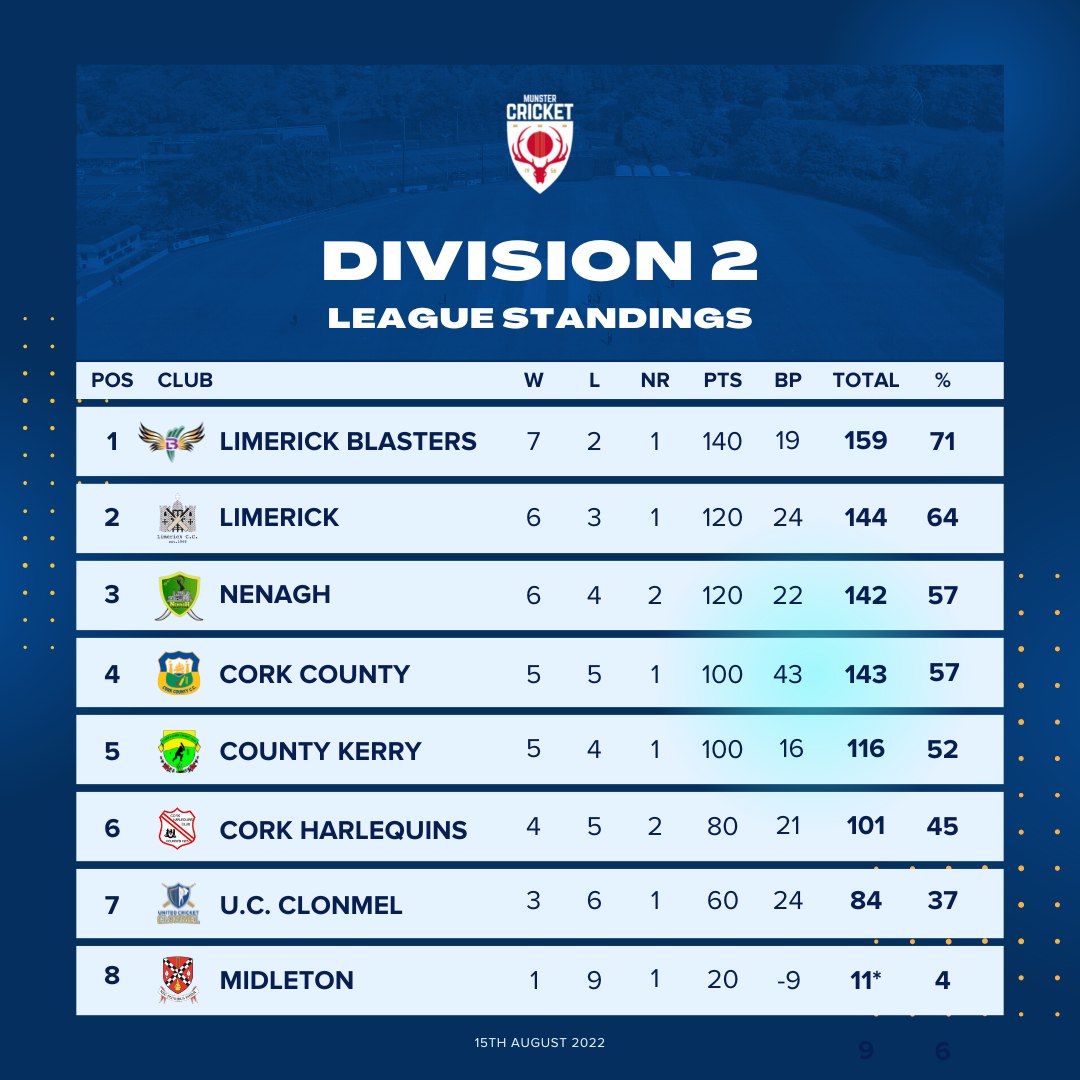 MCU Division 2 table before the weekend's play. Our win vs Midleton now means our percentage rises to 67%, with Blasters dropping to 65%

Despite conceding some late runs, Limerick fought back brilliantly with the bat in merciless fashion. Openers Navroop Johnson and Nishant Kumar were ruthless in the opening ten overs, quickly silencing the Midleton attack and showcasing some fantastic shots. The two both took the aggressive route to chasing down the opposition total, going at eleven runs an over and cruising in the middle. After reaching his 50 in just 28 balls, Johnson wasn’t done. In fact, the opener, who is making his debut season for the club, accelerated his strike rate after making his half century, which tipped over 200 at one point. In the final ball of the 13th over, Navroop holed out square leg, finishing on a superb 84 off just 48 balls.

There was no rest bite for Midleton who still had Nishant Kumar to deal with and the dangerous Kumar Divyesh who just arrived at the crease. Nishant rallied on to make his 50 in comfortable fashion before finding the toe end of the bat attempting a lofted drive over mid-off. He would finish on 77 and the damage had been truly done as Limerick were now on 209-3 in less than twenty overs. Limerick made light work of the remaining total and won by six wickets in the end to salvage a massive win in their hunt for the Minor league title. Furthermore, good news came in from Ballyneety as the Blasters suffered defeat to County Kerry meaning Limerick would overtake them at the top of the table. The Shannonsiders know they must not rest on their laurels with two big games against County Kerry coming up for Mohan’s side in the weeks ahead. 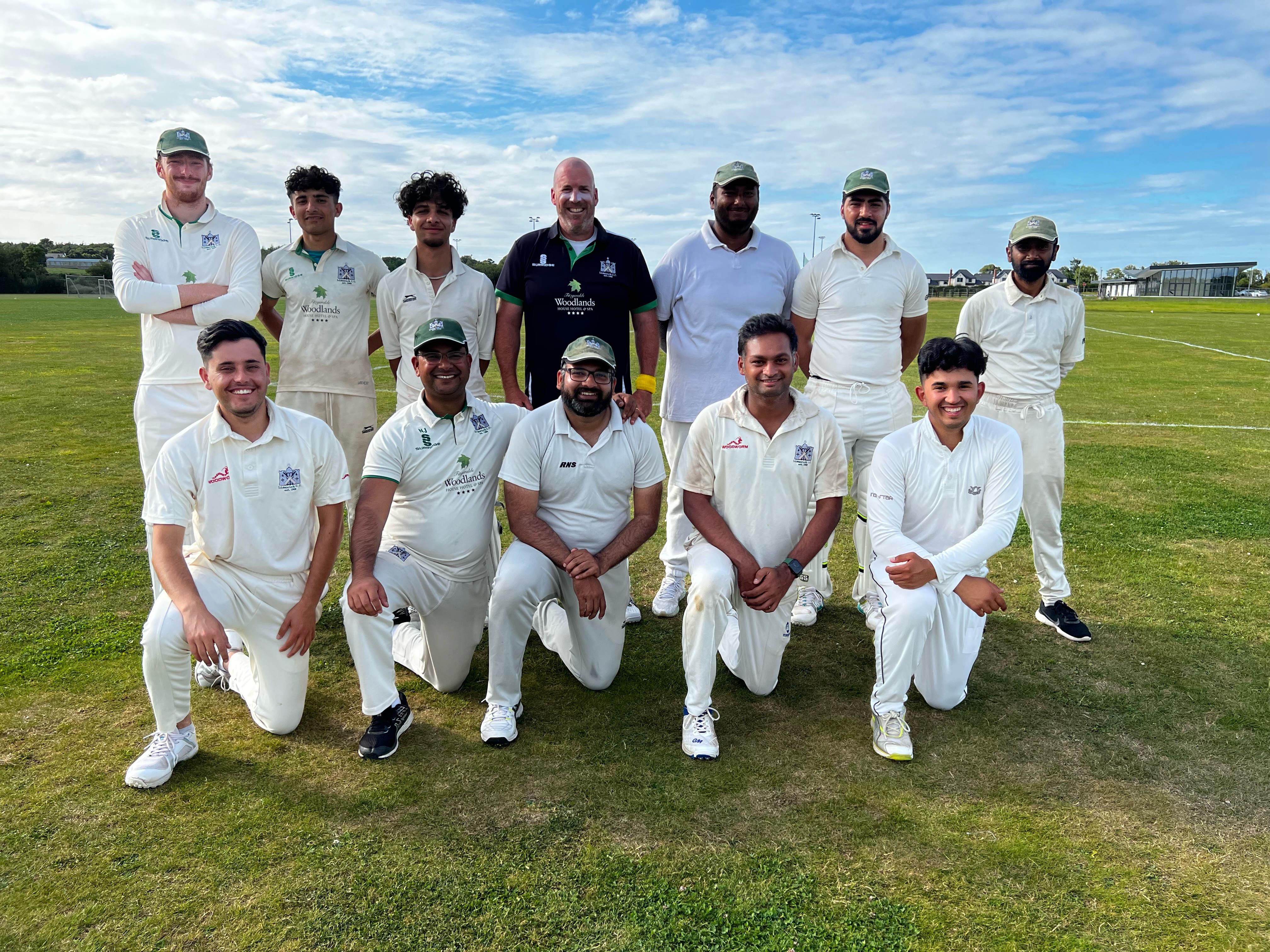 We defeated Midleton by 6 wickets today.

Elsewhere, the 2nd XI chased down a total of 197 to secure victory in their Junior League clash against Nenagh on Saturday in Knockshigowna. After an electric start from Nenagh, who were 94-2 after just ten overs, Limerick pulled themselves together well and used the pitch to better effect. The in-form Prasad Hedge had a field day picking up three wickets, whilst leg-spinner Sarfraz Ramay also picked up three as Nenagh couldn’t find the answers to the Limerick attack. Making his junior debut, Sathya Prabhu showed his worth with a decent spell of 2-15 off five overs as Nenagh would set a 198 target for the away side.

Despite losing the early wickets of Arslan Sayyam and Sourabh Teke in the opening nine overs, Limerick’s middle order consolidated significant partnerships which drained the confidence from the home side. After scoring his maiden century last weekend, Yogesh Borghare showed no signs of regress. His effortless 84 was backed up with a strong 50 from youngster Mosawar Sidiqi as the two put on 122 runs for the third wicket and carried their side home to victory. Sidiqi would eventually be dismissed for 58 but the damage was done as Limerick clinched victory by seven wickets.

We defeated Nenagh by 7 wickets today.

Last but not least, Limerick’s 4th XI faced a tall task in taking on a strong Waterford side at the Manor Fields on Saturday. Darren Cheatley’s side had a great stint with the ball and had the away side in trouble at one point as Waterford lumbered on 147-7. Limerick weren’t able to continue this momentum into the latter stages of Waterford’s innings and the away side sprayed the boundaries around the ground to finish on 290-7 from their 40.

In a team including 8 U18 players, Limerick’s 4th XI can be proud of their shift with the bat, making 186 from their 40 and putting on a score that would be defendable in most games they’ve played this year. The star of the show came in the form of Abdul Baqi Khan, as the self-proclaimed all-rounder showed his batting prowess with an impressive 57 off 80 deliveries, etching his first half-century for the club in what is his fourth season at LCC.

We lost to Waterford by 104 runs today.

All four teams will be in action for LCC next weekend, keep up to date with all our posts on social media to get the latest information about upcoming games, results, and more!