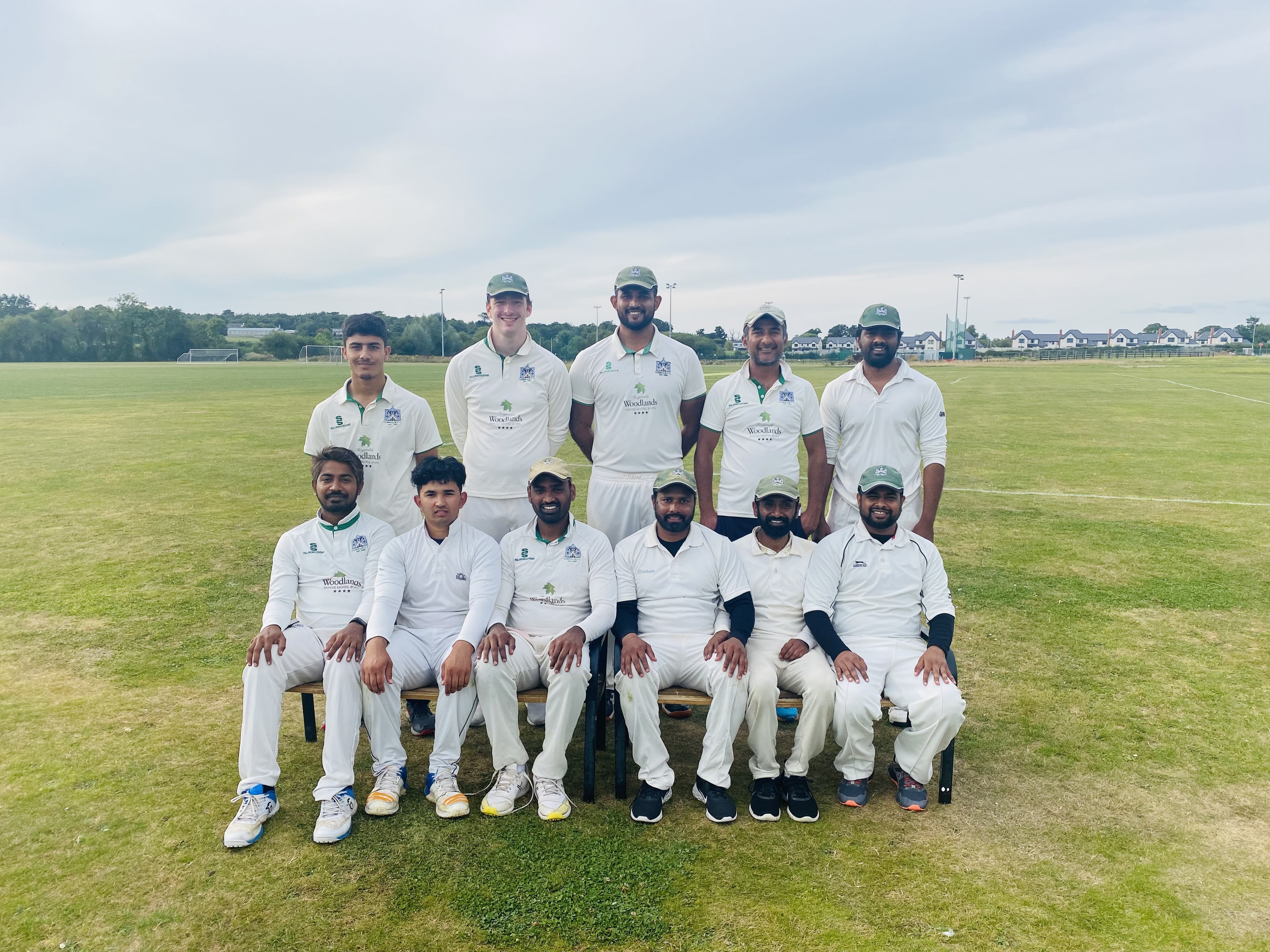 Limerick enjoyed a successful round of games across all four divisions last weekend, earning three wins from their four matches played with just the one loss for the 4th XI who were up against a tough Waterford side on Saturday afternoon. The most important win for the club came on Sunday as the thirds completed back to back wins to keep themselves just clear at the top of the Division Two table with the Blasters hot on their heels.

First to the Premier Division where a 6 wicket victory over table toppers County Kerry brought the club back to back wins in the Senior League for the first time all season. After losing the toss, Arslan Anwar’s side would once against be put into field. Nonetheless, Limerick started the brighter at the Oyster Oval as tight spells from Shani Alam and Asif Hussein with the new ball brought good fortunes for the away side as wickets tumbled inside the first ten. Kerry found themselves in a bit of a hole at 35-3 before things went from bad to worse for the Kingdom. Limerick’s varied changes in their bowling attack worked a treat. Spinners Ramay, Anwar, Baqi and Prabhu all provided a different challenge for the struggling batsman and Limerick found themselves in a brilliant position after 40 overs, with Kerry 8 wickets down and just 111 runs on the board.

But the home side fought back in the final ten to salvage a much more defendable score with Limerick kicking themselves for not sealing a sub-150 total and putting the game out of sight. A strong push from Kerry’s tale, including 20 runs off the final over, allowed them to finish on 177-8 from their 50 overs. 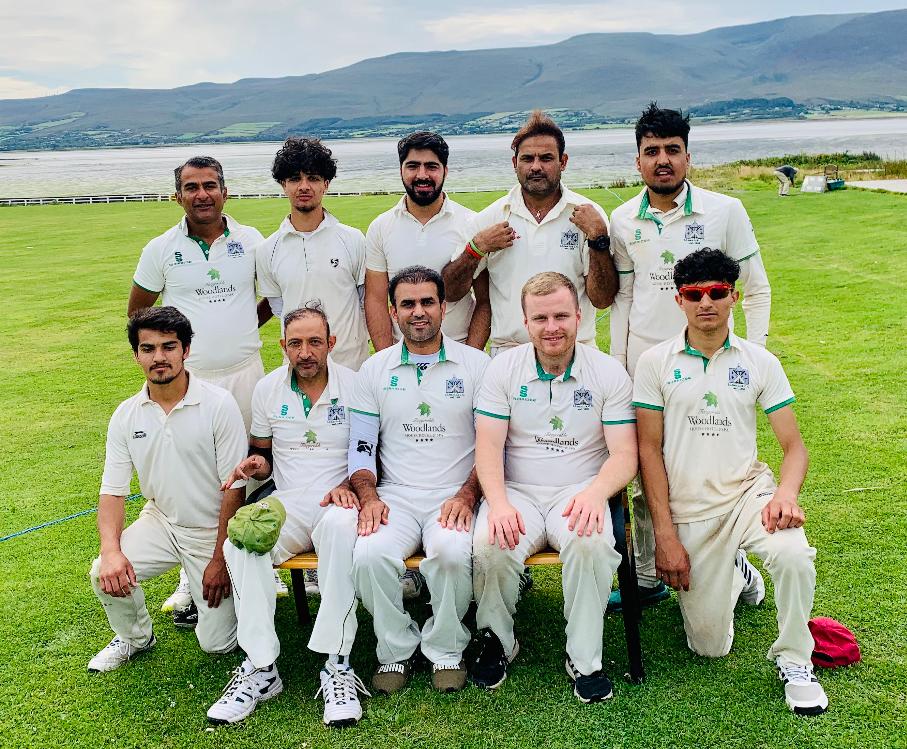 The onus was now on the Shannonsiders to make amends for some slack cricket in the final ten overs. As the ball nipped around from the Kerry attack, the home side still struggled to take wickets as the Limerick batsmen put a strong value on their wicket and occupied the crease for long enough. The frustrated Kerry bowlers did well to take two wickets in the first ten overs but were left drained of a third as Asif Hussein and Arslan Anwar started to kill the game off with a strong rearguard in the middle. The two Pakistani men put 71 runs on for the third wicket leaving just 45 runs required from 20 overs, a match-winning partnership which more or less put the game out of sight. The Limerick middle order completed the job to lift Limerick back into a mid-table position and more importantly, significantly adrift from a bottom placed finish.

In Division One, Limerick made light work of close rivals Limerick Blasters with a comfortable five wicket win at the Manor Fields in Adare on Saturday afternoon. After a good battle in the opening quarter of the game, the dismissal of former player Rahul Poulouse revitalized the home side and put the Blasters on the ropes. It was the spin bowling of Ajay Hari and Sathya Prabhu that did the main damage to the batting line up, Prabhu in particular having a stunning weekend with the ball at both Senior and Junior level. With 29 wides making up the away side’s highest score, Blasters could only muster 149 runs, setting a target of 150 for Limerick to chase. 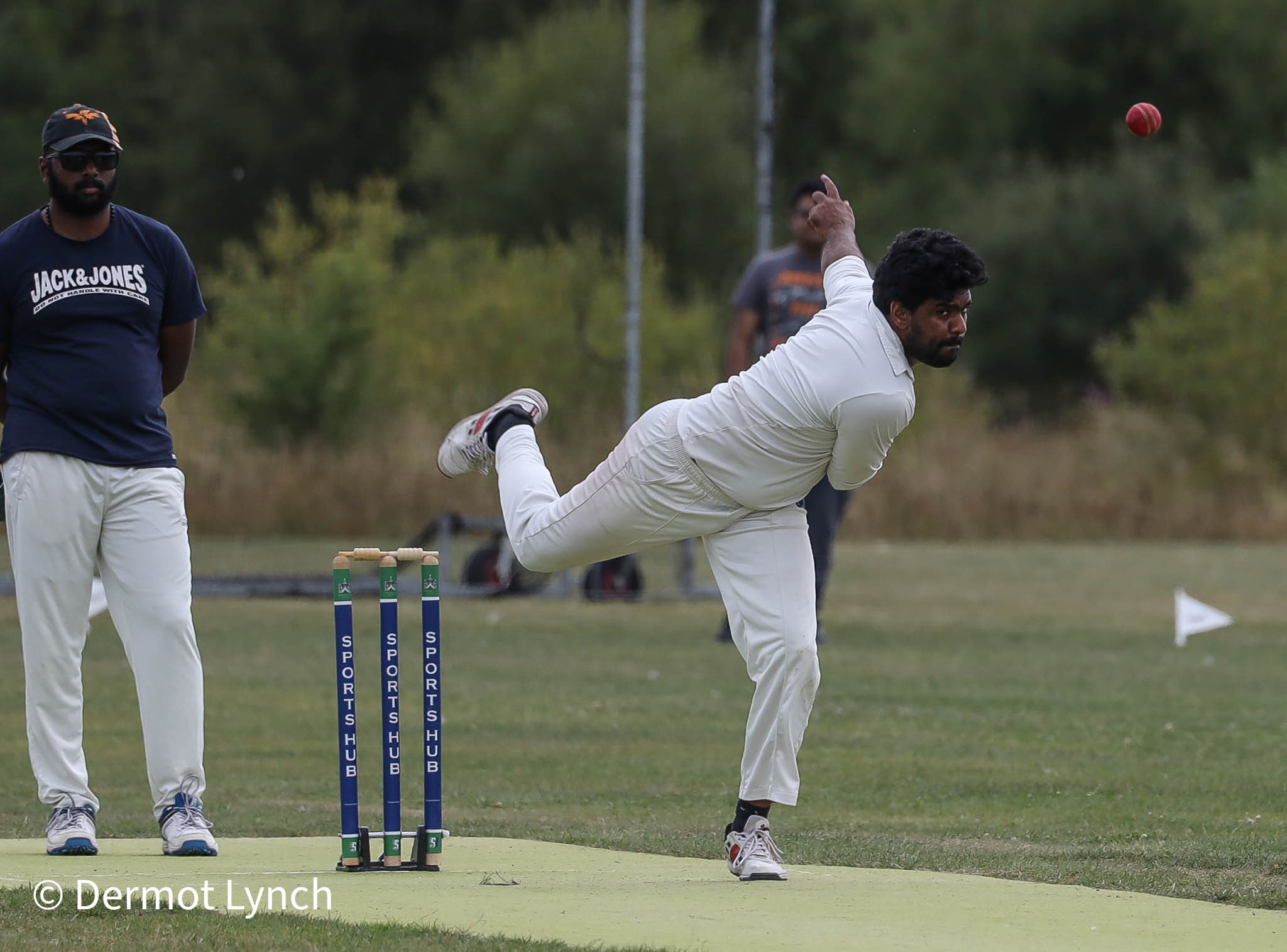 Sathya Prabhu rips another one through during his fantastic spell on Saturday afternoon.

Limerick dealt in contributions with each bat serving a lengthy time at the crease and reaching double digits at minimum before departing. Sumukh Venkatesh at 3 anchored a superb innings making 40 runs off 53 balls to see his side him with a five wicket win, with support coming from Thomas Hancock (23) from the other end. 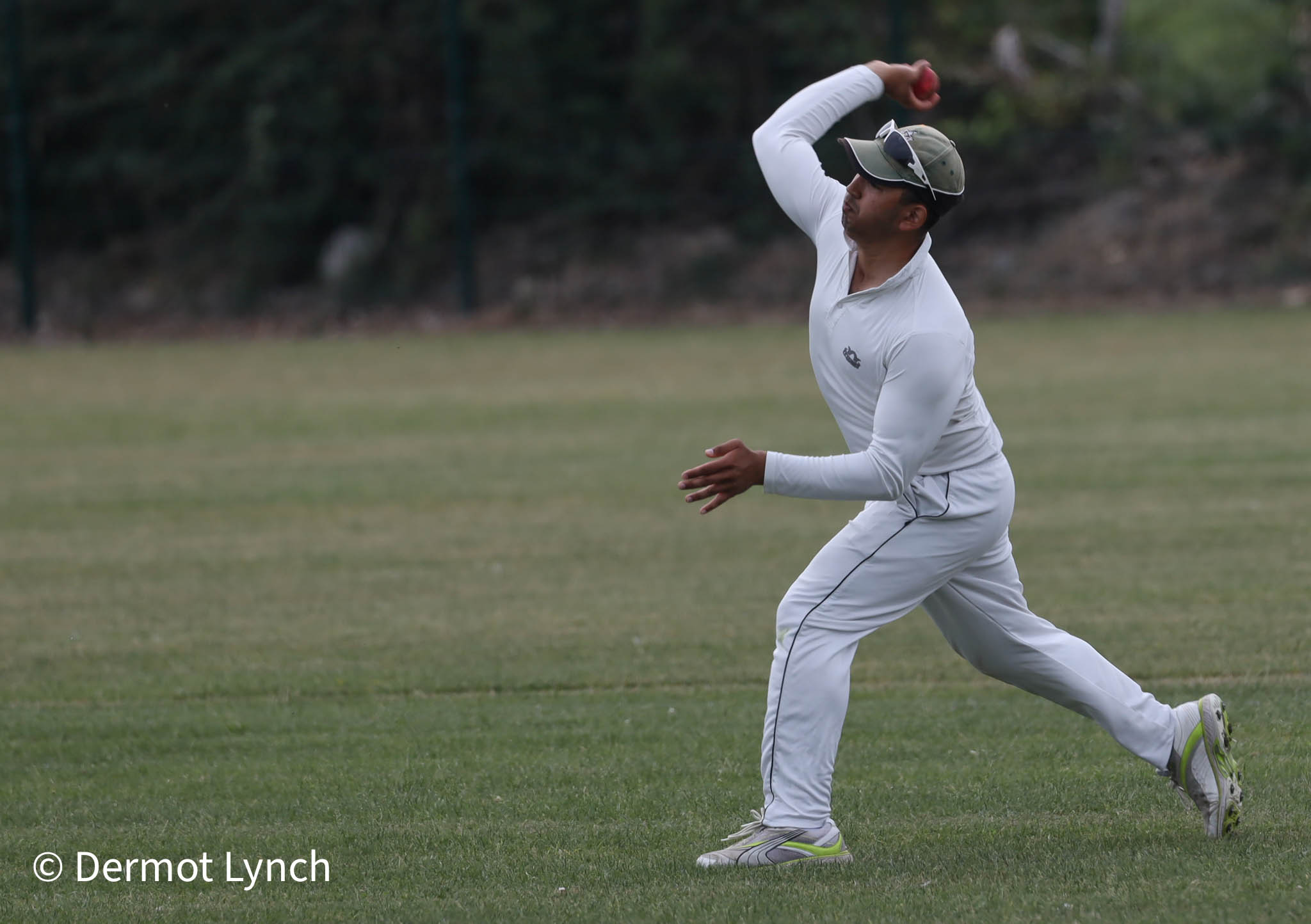 Mosawar Sidiqi has a shy at the stumps against the Blasters 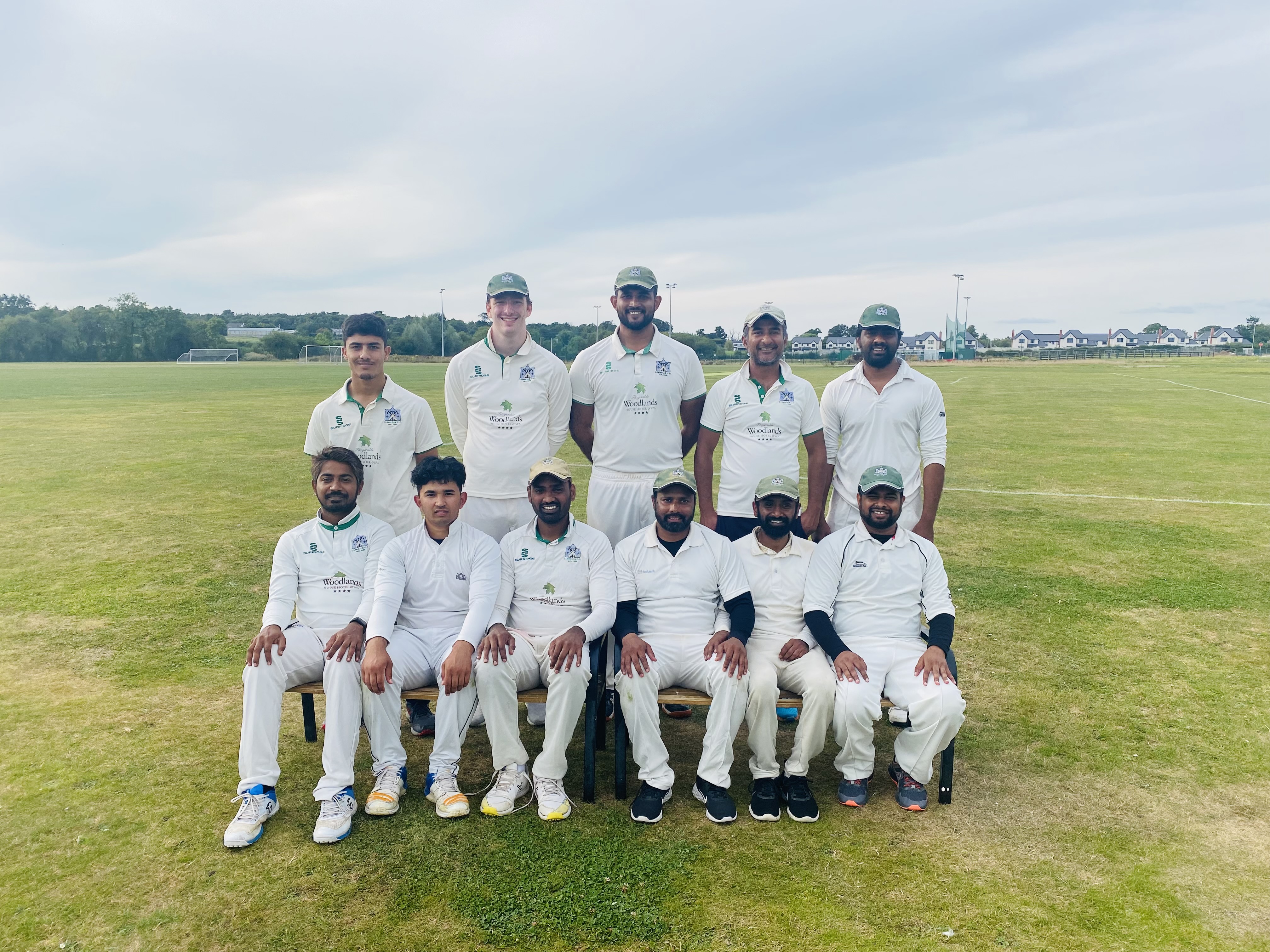 Venkatesh would once again steal the spotlight for the 3rd XI one day later with a superb 84 not out against County Kerry’s 3rd XI. With Limerick struggling to form any real partnerships, it was Venkatesh who partnered 13 year-old Ayan Ullah at the crease after 16 overs to lay the foundations for a solid first innings score. The two put on over 100 runs in the middle as both players knocked the ball around beautifully with shots varied from aeriel strokes over the infield to smooth cuts and drives along the ground. Furthermore, the pair took advantage of some sloppy fielding to turn 1s into 2s and really change the momentum of the game. A direct hit saw the end of Ullah for 33, but Limerick’s tail wagged on as Stephen Hackett came in for a nifty 44 from 24 deliveries to really accelerate his side’s total. 278 would be the target for Kerry to chase, despite having Limerick 60-4 at one stage in the innings.

Kerry made a decent start with the bat, keeping up with the significant run rate and taking advantage of some short bowling from the Limerick attack. Yet, wickets tumbled at a rate of knots for the away side who let the game slip away by not consolidating any partnerships in the middle. Despite a few flurries in the late order, Kerry couldn’t turn the game around and Limerick left the Manor Fields with a comfortable 66-run win.

We lost to Waterford by 8 wickets today.