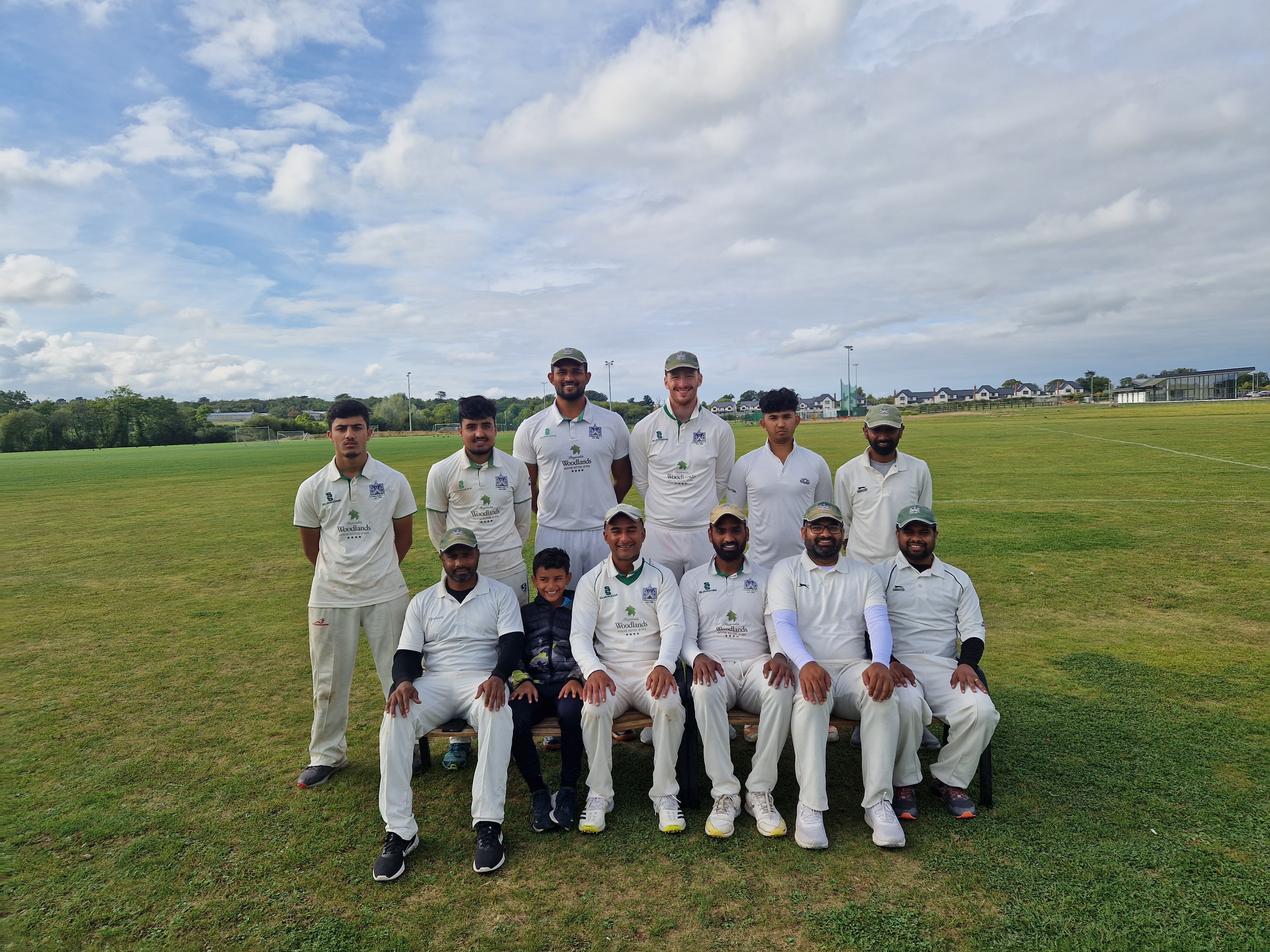 After so many years of coming increasingly close to bringing the MCU Minor A League to Limerick, Sunday’s weather favoured Limerick as they went one better than their second placed finish last year to win the second division, pipping local rivals Limerick Blasters by just one percent. The title sees the first bit of silverware for Limerick CC this year as the club’s 3rd XI maintained their place at the summit of the table with no games going ahead on the league’s final day on Sunday due to unplayable conditions around the province.

It was skipper Prithiv Mohan’s third season in charge after two strong seasons in division three with the club’s 4th XI. This season however, Prithiv’s side won eight games from twelve, ensuring a plethora of bonus points in between to maximise their percentage throughout the campaign. This would prove crucial in such a tight title chase with rivals Limerick Blasters and Nenagh as the end neared. After news came in that the game against Cork County on Sunday could not be played, the Shannonsiders began to celebrate as MCU Division Two champions.

With the weather cancelling Limerick’s senior tie against Midleton, it was just the 2nd XI who were in action last weekend as they took on Cork Harlequins in Division One on Saturday in Adare. With mixed results as of recent for newly appointed captain Dharmesh Patel, the Indian native was looking to finish his side’s season on a high and top-half finish. 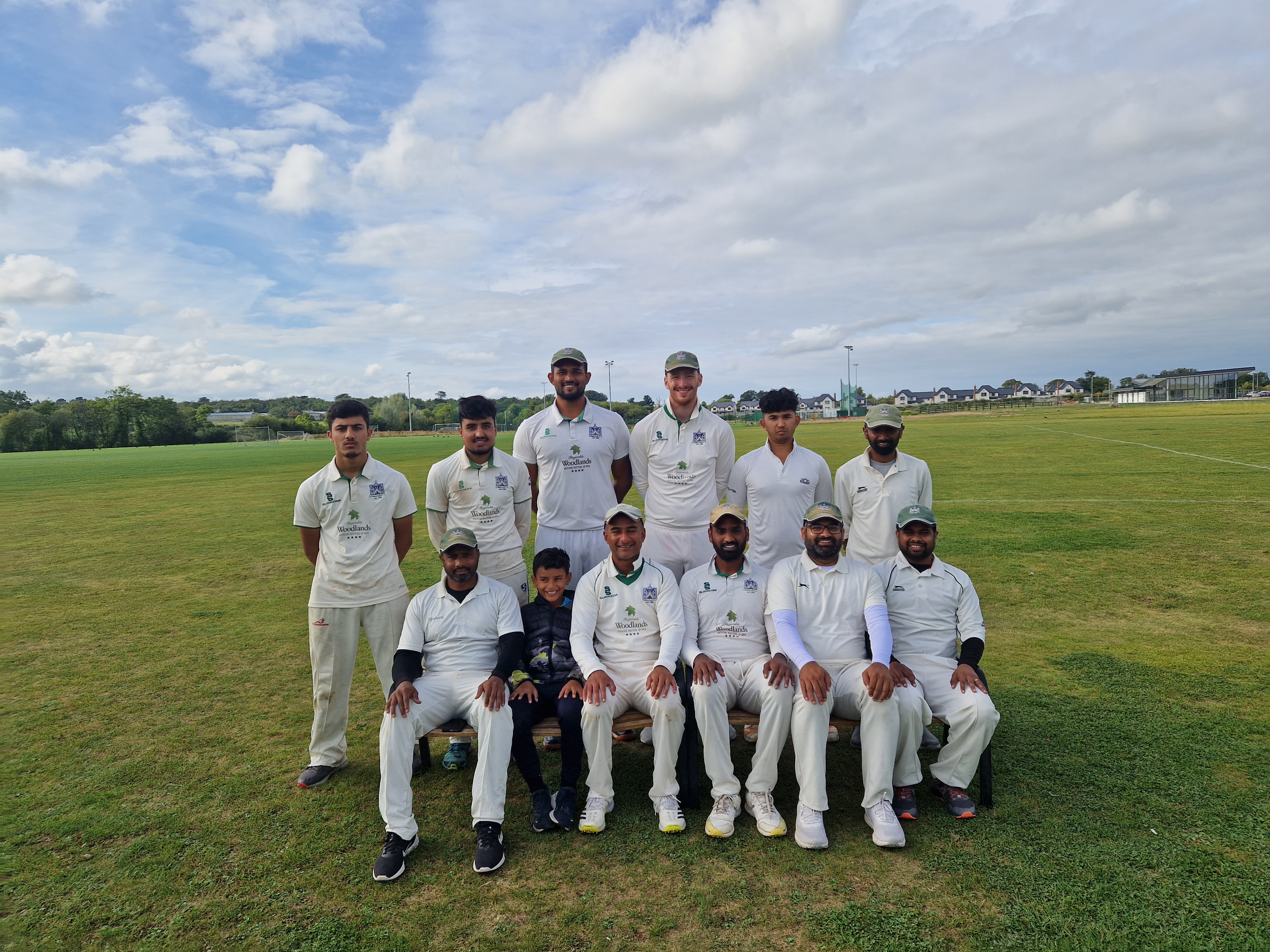 With a decent mix of experience and youth, Patel’s side were put in to field after losing the toss. This outcome however started to look like more of a gain for the home side who hit the ground running early on. Openers Prasad Hedge and Mirhamza Ahmedzai proved a stern test for the Harlequins batsmen who struggled for pace early on. The first ball of the innings found the edge to Saurabh Teke at first slip which was soon followed by the wicket of Vosloo as Quins were 2-2 after 2.3 overs. The middle order could not offer much of a fightback as Ahmedzai and Hedge picked up 3 and 4 to leave the away side 23-4. When spinners Ramay, Khan and Borghare came on, wickets started becoming a procession as the nightmare continued for Quins who tumbled to 88-8 at the halfway point. Unlike in previous matches, Limerick ensured little resilience from the opposition tail and were ruthless late on. Patel decided to bring back some pace and Ahmedzai took two cheap wickets after drinks to finish Harlequins off on a final score of 101 all out after just 28.1 overs.

Despite a low total, Limerick may be disappointed in hindsight with their run chase as Quins were not giving up on their chances of a remarkable result. In similar fashion, Limerick’s opening batsmen struggled to establish themselves in the middle with no partnerships of note forming in the early stages of the home side’s innings. With the score at 38-3 after ten overs, Limerick relied on their middle order to finish the job with just a mere 64 runs needed for victory. But Quins fought back and a mixture of spin and pace drew the batsmen into some false shots and resulting wickets. Within the space of a few overs, Limerick were rooted on 69-6 and needed a partnership from somewhere. Fortunately for the home side, the two incoming batsmen Sarfraz Ramay and Dharmesh Patel used all their experience to thwart the opposition bowling and see their side home with a crucial 32-run partnership for the seventh wicket as Limerick clinched a 4-wicket victory before the heavens opened in Adare.

With the season now coming to a swift close, next weekend sees what seems to be the final round of matches across the divisions. With no games at either junior or minor A level, it will be Limerick’s 1st and 4th XI who take to the field next weekend as both teams will be aiming for a strong finish to their respective league campaigns against Cork Harlequins and Lismore respectively.