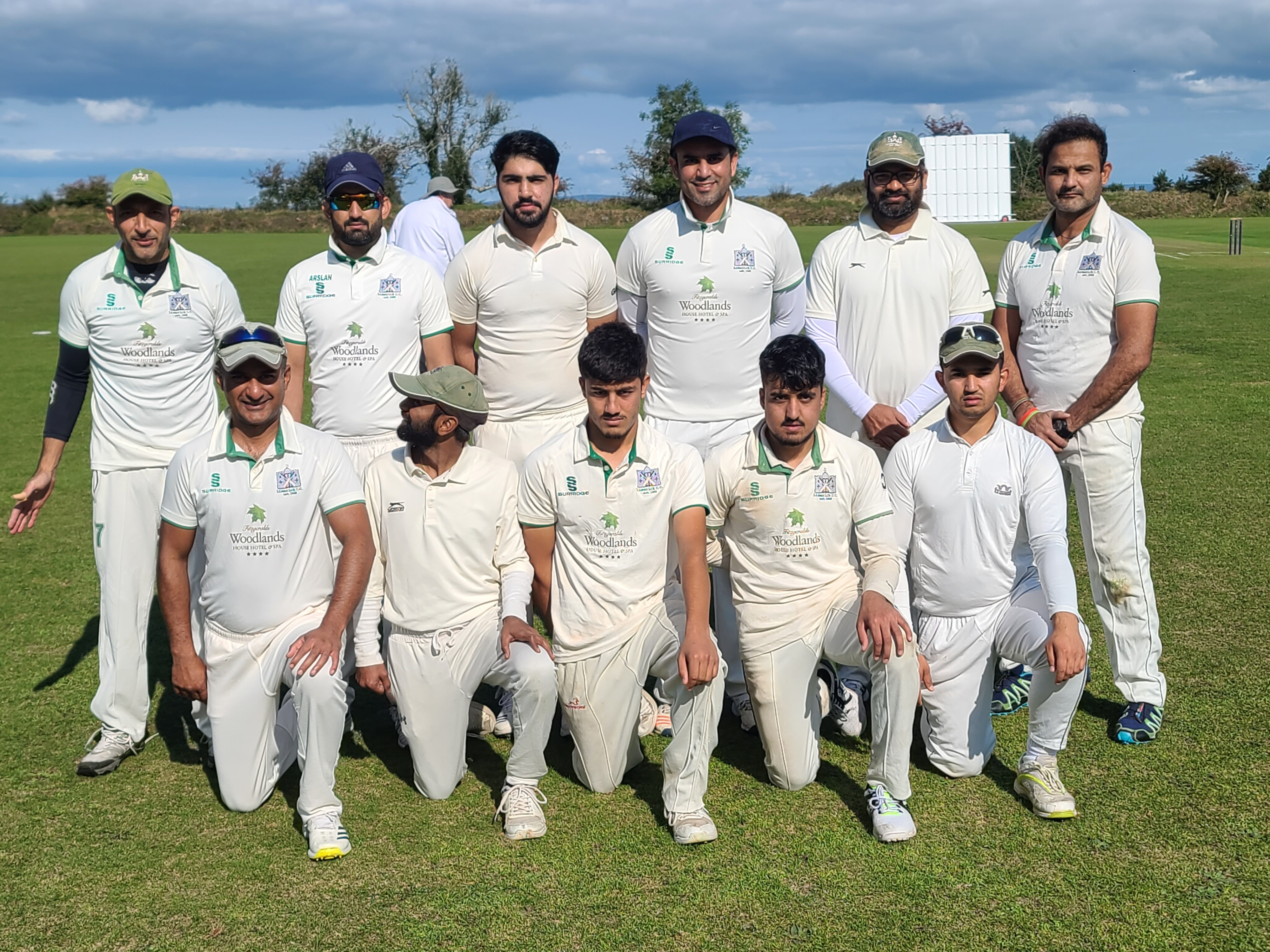 It was a disappointing end to a rollercoaster season for Limerick's first XI on Sunday as they suffered a 65 run defeat to Cork Harlequins to bring their 2022 league campaign to a close. The Shannonsiders will be disappointed to not come away from Farmer’s Cross with full points having limited the home side to 172 all out before a batting collapse saw them stumble to just 107 runs and largely shy of the target.

In what was such a bright start, Limerick’s decision to bowl first paid dividends recently with Ahmedzai striking with his first delivery, not for the first time this year, as he castled Mubeen Ali for a golden duck. It was a cagey opening with the bat as Quins were three down before the tenth over and Limerick had their tails up in the September sunshine. The skipper Arslan Anwar then brought himself and fellow native Sarfraz Ramay on to see what the grass wicket had to offer as spin was the decision from both ends. Quins consolidated some partnerships in what was beginning to seem as if they were building their way back into the game. Ramay however had other ideas, and started to cause serious trouble. After picking up the crucial wickets of Kruger and Joyce, Ramay continued his fine form to pick up two more wickets as a sharp LBW call saw Quins in all sorts at 130-7. Ramay surpassed the 100-wicket mark for LCC in picking up his four wickets, he was easily the pick of the bowlers finishing with figures of 4-34 from his ten. 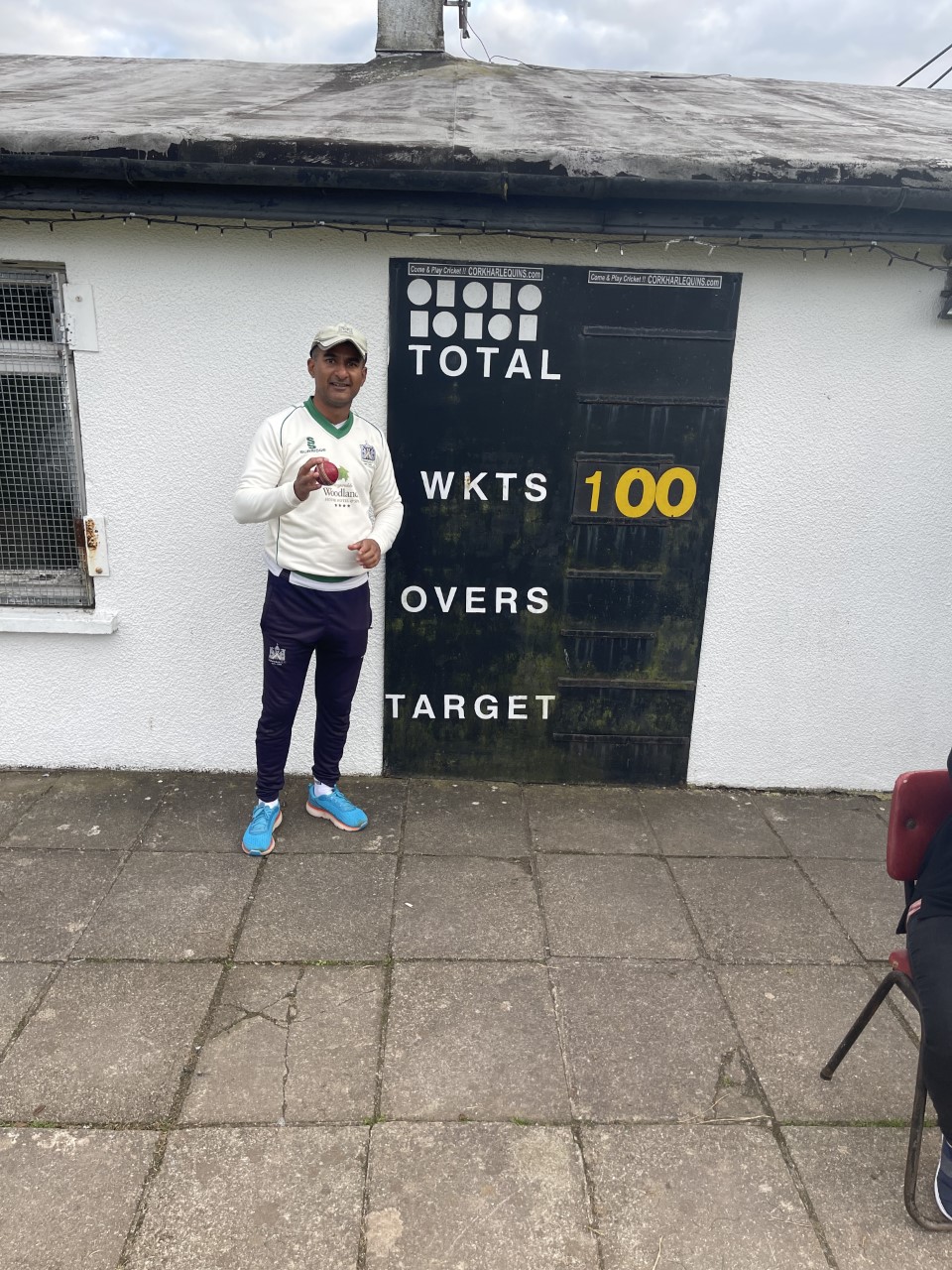 Sarfraz Ramay pictured after the game marking his 100th wicket for the club. His four wickets on Sunday makes him the fourth highest wicket taker in LCC records.

Limerick finished the job with little to no cheap runs conceded as Quins began to run out of wickets. Anwar brough himself back on to claim the final two batsmen to end the innings on a very chasable target of 173.

It was Quins who struck the early blows into the Limerick innings to set themselves up with a real platform to attack. As Limerick were arguably architects of their own downfall, their top order will be gutted to leave the middle order on 26-3 as the new ball continued to move around and make problems. The middle order struggled to fight back with Mosawar Sidiqi offering some resistance with a short cameo of 23. But Limerick needed more to bring themselves back into contention as partnerships began to tumble and Quins found themselves in a winning position at drinks with the scoreboard reading 85-5. Skipper Arslan Anwar tried to take the sting out of the game with some very stubborn batting, but was left with no other option but to swing big as his partners began to run out. It was to be one swing too many for the captain as he holed out to long on and Limerick fell just over the 100-run mark, finishing on 107 all out. 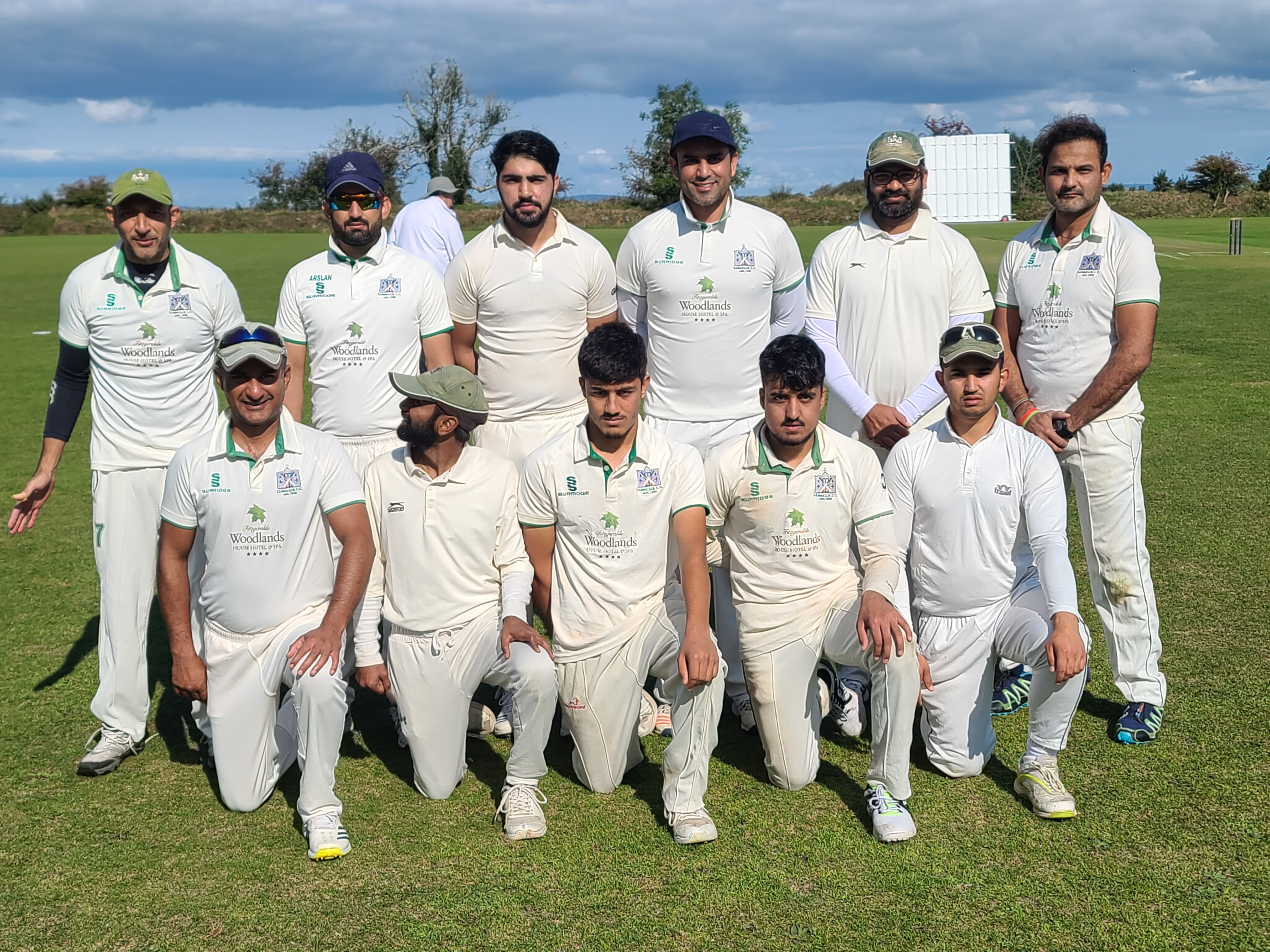 We lost to Cork Harlequins by 65 runs yesterday.

A sorrowful end and perhaps a reality check to Limerick’s first XI who now look forward to long break before heading back to pre-season around the Christmas period.

Limerick’s 4th XI suffered another heavy loss on Saturday to the hands of a strong Lismore side who played very well to deserve a big victory by over 100 runs. Limerick’s 4th XI however have blooded a lot of youth players this year who have slowly come to the terms with the demands of adult cricket and the standards of bowling and batting required at that level. Skipper Ashokkumar Jayaraman was the bright spark of the day, he bowled beautifully for his two wickets and finished on 2-19 from just six overs. Eshan Tanveer came on first change to continue his strong performances with the ball. The youngster’s strong economy was kept intact with 0-13 off three overs as the skipper gave others a chance to bowl. 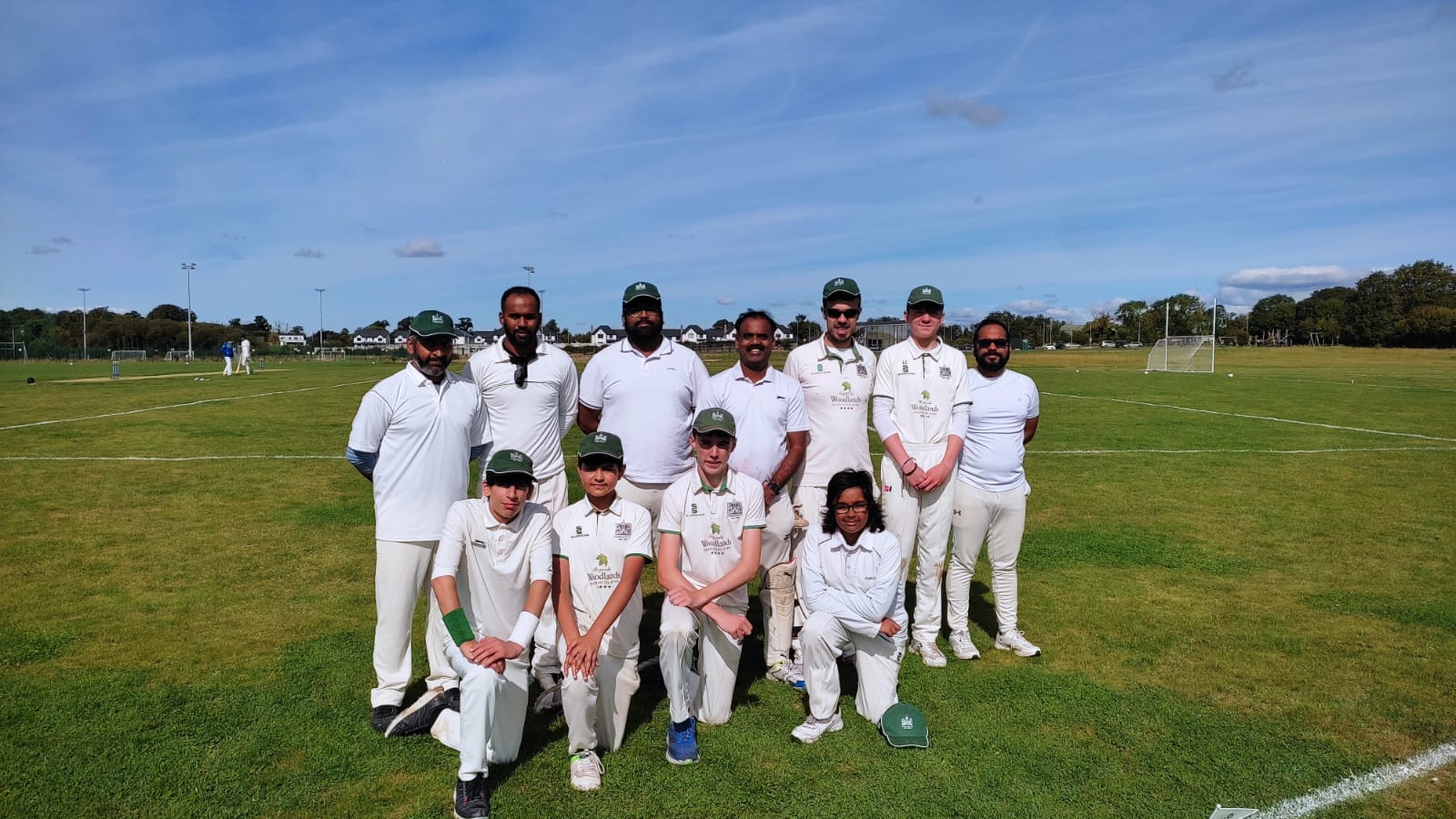 The fourths will have one last chance to redeem themselves next weekend with a trip to Farmer’s Cross to play Cork Harlequins this Saturday. In the only other game this weekend, the 2nd XI will take on local rivals Limerick Blasters in the derby match in Ballyneety.

The youths were the only team to come away with a victory from the club's fixtures as the u13s had a good win over Cork County on Sunday morning at the Manor Fields. Captain Ayan Ullah lead from the front with a lot of players playing on both weekends in a mix of adult and underage cricket. Pictured below are the starting XI from the game, well done to all involved.